The Strategy for living a Year as “The Disciple”

Thank you for stopping by. Today I’ll share the overall strategy for “The Disciple: A Year Living as a Follower of Jesus.” First off, let’s go ahead and review what this new immersion project is not. 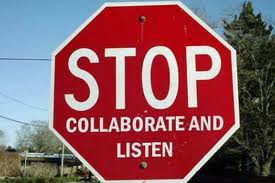 “The Disciple” is not:

Remember, I’m not a Christian, so I have no vested interest in the success of this experience other than sheer curiosity. “The Disciple” is a year-long experiment to answer one simple question: What would a follower of Jesus really be like from the 1st century point of view?

In 2011, I immersed myself in 12 distinct faith/philosophy systems and as a result, completely reoriented my perception of humanity. I, in effect, converted from hatred of religion (and its devotees) to a love of religion. Now, I want to explore the nature of what it means to be a follower of Jesus as he taught and commanded some 2,000 years ago. Will we recognize this “disciple,” will he look the same as most modern Christians today? I think it’s an important questions for Christians and non-Christians alike.

So let’s find out together.

For starters, I needed Mentors for guidance in this new immersion journey, and this time I sought out three. One is my old Catholic Mentor, another is a former pastor and church planter with a deep knowledge of early church history, and I’m currently seeking out a Jewish Mentor for expertise in 1st century Jewish culture and religiosity.

Together, these three Mentors will inform my social, political, familial, and religious outlook for the entire year. After discussing the project with my two existing Mentors, we agreed to break down the year in the following way. Pay close attention to the dates:

Starting August 1st, 2012, I will address you via blog entry and very short weekly video logs (5 to 10 minutes) as a new convert to Orthodox (or at least very strong Conservative) Judaism. During this stage, I will share the experience of converting to my new faith and relate everyday events as a Jew. I will live as if Jesus has not yet entered history. This means I will have no concept of terms such as “church,” “Christianity,” “Trinity,” or any other Christian notions which exist today. The purpose here is to mold my perspective into one of a Jew living in tumultuous times, looking for the deliverance of the promised Messiah. In order to do this, I must live Stage One fully as a Jew.

Stage Two begins on December 1st, 2012. Notice that each stage takes four months. December 1st is also about a week into the Advent season when many Christians celebrate the coming of Christ. In the same way, I will begin experiencing Jesus in daily life as if he’d just shown up for the first time. Although I am still very much a Jew (as Jesus’ first disciples were), I will develop a growing curiosity for the man and his teachings. In docudrama fashion, my blog entries and video logs will catch “glimpses and sound bits” of characters such as Jesus and John the Baptist as I encounter them. In effect, I will recast the gospels and live them out as if they had never occurred. This means several others are involved in this project. Stage Two will culminate on March 31st, Easter Sunday, when Jesus is tried and executed. If all goes well, we have some pretty intense plans for that day.

Stage Three: The Birth of the Church:

Although I am a disciple of Jesus by the end of Stage Two, I will not have witnessed his death or resurrection. I will begin this stage terrified and doubting my intelligence to a man who had died a criminal only days prior. Another disciple, who reportedly witnessed the death and resurrected of Jesus, will have to convince me by faith of this notion. In this way, I will connect myself to the modern condition of a convert. From here, I will move outside the gospels and into the early development of the Jerusalem church. By this time there is no apparent rift between Christians and Jews. In fact, the earliest Christians were observant Jews. From here, you will witness weekly Shabbat services occurring in my home where we read Torah and, without the use of a New Testament, recall the teachings and events of Jesus as if we were witnesses. There is no printed gospel, no letters of Paul. The journey will end with Paul’s arrival, which inaugurated the full evangelism of the Gentiles and began the spread of Jesus’ teachings far outside the orbit of Judaism.

So there you have it, my life for one year. As you can see, this experience is quite structured, yet there is always room for surprise. I of course, will live in a small Southern town as an observant Jew who has no idea who Jesus or what a church is for much of the time. It is within these next 30 days then, that I must purge myself of this context–wipe the slate clean–as it were, and prepare myself for my new identity.

What are your thoughts? What do you think we’ll see and learn throughout the year? By the way, all blog posts going forward will be filed under the “The Disciple” category on the sidebar. 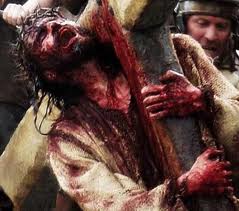 The Disciple: A Year Living as a 1st Century Follower of Jesus
archives most recent
More from Beliefnet and our partners
previous posts