The Disciple: A Year Living as a 1st Century Follower of Jesus

Oh no, not another immersion project!

That’s what she said. No really, that’s what Heather said when the idea hit me like a punch in the gut on the way home from our family vacation earlier this month.

It’s early June and we just wrapped up our annual week-long vacation with my in-laws at Myrtle Beach, South Carolina. This was the first official piece of R & R we’d had since the end of Project Conversion, so we left the beach fresh and purged of all the stress pent up from 2011.

Heather is fan of contemporary Christian music, so she indulged while the kids and I took a nap on the drive home. Just as I emerged from the nap, a radio host comes on and starts talking about some 19-year-old kid dragging a 12-foot cross from Texas to Washington, D.C.  Heather wants to change stations, but I start geeking out over this kid and soon I’m completely enthralled in the program.

The radio host, Marty Minto, is asking his audience a fair question: Is this kid just showing off, or is this a bona fide expression of faith? Should Christians take Jesus literally when he commanded his followers in the Gospel of Matthew, chapter 16: 24 to “deny himself and take up his cross and follow me [Jesus].”

No thanks, I’ll pass.

But Mr. Minto goes farther. He suggests in no uncertain terms that the teachings of Jesus–how his followers were to live and interact with others–were so much more radical than modern Christians live up to. Marty really pushed buttons when he suggested that if Christians today truly realized what Jesus was asking of them, that most would throw in the towel.

It’s apparently that revolutionary–and subversive, to our comfort levels.

So I thought out loud, “Well, what was a 1st century disciple of Jesus like? How did he live? How did he carry out his teacher’s commands?”

Deep in thought, I glanced at Heather. That’s when I got the feeling, that same pit in my stomach that set me on course for 2011’s Project Conversion.

“Damn,” I said. “I just asked a question I can actually answer…”

“What?” Heather said, trying not to swerve off the road.

“You mean, you’d have to live like a Christian?”

It took me a second to process that, and then I nodded slowly. “Yeah, like one of the first ones–when they were still Jews.”

Heather slouched in the seat. “Just tell me there’s no beard involved and I’m all for it.”

Let me just say this: I don’t want to do this. I have a nasty history with Christianity. I once used it as a cruel weapon against unbelievers, and then when I lost the faith, became a staunch enemy of the entire system. There is some major baggage here that I haven’t faced entirely that will likely rear its ugly head during this process, but I cannot ignore the summons to do this. Let’s face it, I’m an Immersionist (yeah, I just coined that), maybe being an Immersionist is my proverbial cross.

But make no mistake, this isn’t about promoting/proving/spreading or disproving Christianity.

This isn’t about me looking into the faith for myself. This new immersion experience is for one purpose only: to answer the question of what Jesus’ first followers were like in their thoughts and actions, and then juxtapose that figure with modern Christianity.

So how am I pulling this off? What’s involved? Will I have mentors? Has Andrew lost his freaking mind? Will Heather break bad on him again?

Well, you’ll have to stick around for the next post on Monday, July 2nd. This should be interesting, folks…

And now, I think I need a drink. 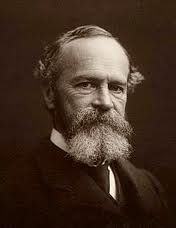 Are You Living Out Your Parents' Religion?
archives most recent
More from Beliefnet and our partners
previous posts