Mothers: Doing More Than Just the Laundry Since…

Moms are kind of a big deal, so it’s no surprise that cultures around the world celebrate the blessing of motherhood in various ways.

In digging up information on the American Mother’s Day celebration, I was encouraged to find that early forms of the holiday involved mothers whose sons had died on opposite sides of the American Civil War. Postbellum mom’s were reaching across the table and meeting their former enemies on common ground: mourning over their sons lost in a war which ripped the nation in two.

Ann Jarvis created a committee in 1868 for this very reason, to “reunite families that had been divided during the Civil War.”

It’s no wonder we often refer to mothers as the “glue” of our families and indeed, our societies. These women are examples for the interfaith movements of today.

Don’t hate on the baking illustration. Lot’s of mom’s are culinary artists and they deserve a shout-out.

So, what do some of the world’s religious traditions have to say about moms and motherhood…

“…And revere the wombs that bore you, for God is ever watchful over you.” –al-Qur’an 4:1

“Her children arise up and call her blessed; her husband also, and he praiseth her.“–The Proverbs of Solomon 31: 28

“I am the Mother of all things and My love is poured out upon the earth.“–The Charge of the Goddess

“Just as a mother would protect her only child at the risk of her own life, even so, let him cultivate a boundless heart toward all beings.” –Metta Sutra, verse 7

“From woman, man is born;
within woman, man is conceived; to woman he is engaged and married.
Woman becomes his friend; through woman, the future generations come.
When his woman dies, he seeks another woman; to woman he is bound.
So why call her bad? From her, kings are born.
From woman, woman is born; without woman, there would be no one at all.“–from theGuru Granth Sahib

Of course, there are many more. Please include verses or other nuggets of momma-loving wisdom in the comments section below.

It’s no mistake that from the dawn of humanity, we’ve equated life, nourishment, love, birth, wisdom, sensuality, and even the earth itself with the form and ideal of woman/motherhood. Even the gods, and in at least one tradition, God Himself, was born of woman. Not even the divine can move without mom’s blessing!

Mary, Mother of God, Shakti, Diana, Parvati, Isis, Earth Mother, Gaia, Kali…there are countless names encompassing the various forms of the women in our lives who made life itself possible, who dressed the wounds of our bodies and spirit, whose fury and love helped shape our psyche, our first friend and love.

So whatever you call her, just make sure you call her–not just on Mother’s Day–but often, because unless she was a heartless b***ch, she deserves more love and attention from the brat that gave her hell all those years ago. 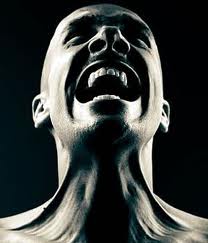 Falling Off the Wagon: Taking a Hit of Hate.
archives most recent
More from Beliefnet and our partners
previous posts