How Project Conversion Email Reaffirms My Purpose in Life

The email around here since Project Conversion began in January of 2011 is an interesting place. A veritable Cracker-Jack box of emotionally laced messages, I never know what surprise will emerge each day.

Sometimes people inform me that I’m heading toward hell and so take it upon themselves to save me. Others simply insist that I go to hell. According to these various messages, Project Conversion has done everything from leading folks down the path of destruction, to reawakening the dormant faith of an entire family, to ushering an actual conversion.

Project Conversion then is like a piece of abstract art: Interpretation may vary.

That said, it’s emails like Bethany’s of western North Carolina that stop me in my tracks.

Turns out, Bethany grew up in a small town with conservative Christian roots, however something just wasn’t grooving with her about Christianity. Her native system of faith simply didn’t fit. Bethany shared an abbreviated life story about her struggles with Christianity and how she feared the social repercussions that often follow one’s conversion. Conversion to what?

After sharing this history and describing the gentle tug of the Dharma on her life, Bethany said:

“I’m telling you this because, after pondering that moment for several weeks, I found myself reading your post about amendment one. Then, I had the overwhelming urge to read your posts on Hinduism. I read the quote “Truth is one, though the wise call it by many names,” and my mouth dropped open. I then rushed to read all of your posts on Hinduism.“

“…I realized that I really, truly, wholeheartedly want to convert to Hinduism. However, I have no earthly idea of where to begin, and cannot tell many of my friends and family, including my own mother, until I have already committed to it and can show them the benefits that it has brought upon me.“

This young woman, someone I’ve never met or spoken to before, trusted me with one of the most important developments of her life. It’s happened before. Folks drop stories of triumph, heartbreak, doubt, and spiritual resurrection on me all the time.

But why? I’m not a spiritual master, I’m no sage, I don’t have everything figured out, and at one time I was a staunch enemy of faith.

So here is Bethany reaching out to some random blogger–a stranger–and asking for help on her clandestine conversion to the Dharma (specifically as a devotee to Lord Shiva and the goddess Durga).

“I know this is a lot to ask of a stranger, but can you help me? If nothing else, maybe recommend a book or two and give me a digital high five? This is not exactly something that they teach a southern Caucasian girl. I have so many questions, and even more that I haven’t thought to ask yet.“

Why are emails such as these so important? Because just as a creed, ritual, or declaration of faith reaffirms a religion for millions of people around the world, someone asking for help along their path reaffirms my purpose and dharma. You see, I discovered at the end of Project Conversion that just as I was once a bitter enemy of faith and religion that it is now my purpose to assist others in their paths. I am no respecter of faith or person in this regard. This doesn’t mean that I have all the answers, however as I demonstrated with Bethany, I will go as far as I can and point one in the direction toward more.

Although Bethany thanked me for assisting her in this journey as a Dharmist, I want to publicly thank her for her bravery, conviction, and for reaching out to me. By virtue of my calling, I do not (cannot) have a faith of my own, and so I live vicariously through the joys and sorrows of faith in others. Bethany’s path is therefore my path as well. A small part of me will always be with her now and vice versa as we carry on through life.

What if we all carried a little of this attitude into our daily lives? What if we conducted ourselves knowing that our involvement with others produces an echo that ripples throughout the lives of others forever? Be therefore, the wave of influence that carries others toward safe harbors, not the swell that capsizes them.

You can follow Bethany’s progress on her blog which chronicles her new journey as a Dharmist. 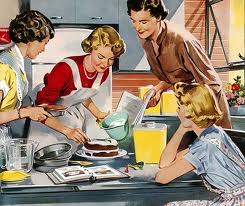 Mothers: Doing More Than Just the Laundry Since...
archives most recent
More from Beliefnet and our partners
previous posts