Thinking About Sex, Understanding My Spirituality: The Role of Male

As promised, here is the second installment of this series. All these posts actually lead up toward my Lent post coming up this Wednesday. Today we’ll talk about the masculine nature of the divine. Tomorrow, the feminine. Then we’ll wrap it up with the culmination of Lent on Wednesday where I’ll explore the meeting of the sexes: conception.

In part one from last week, I shared an interesting experience I had in the shower. I talked about how, after catching a glimpse of the moon in the window, I was suddenly overwhelmed by the feeling of a feminine presence. All of you came away from my description with various conclusions…and that was the idea. As someone whose spiritual practice requires that I be something of a mirror, my ambiguity in many of my posts serves as a way for you to study your own conclusions: why you arrived there, what are other ways of thinking about this, etc.

Now, after reflecting on this experience, I’ve dug a little deeper into a more rounded model of sexual symbolism within religion. Please note, this is my personal reflection. It may not apply to you. My purpose here is to stir you up, get you thinking out of the box, and help ignite a passion for a deeper relationship within your own spirituality/religion/philosophy.

As I studied my experience in the shower and the following days, I expanded this motif over the course of the last year. If you followed along closely, many of you noticed that I had a unique experience with “presence” at least once a month. This presence manifested itself in various ways, often through the lens of the faith I adopted that month.

But what if we went larger, more general?

My study revealed a surprising demonstration of how the male, female, and neutral child roles/symbols play out in our spiritual development. Here is a look at the male gender, its traits, relevant examples from various religious sources, and what it means for my personal journey.

Yes, I said “Penetrator.” In most cases, when we run across a male form of deity, one of his more dominant features is that of penetration–either into the lives, history, or souls of humanity. This aspect implies his familiar nature as “father” or “creator.” Here are some examples:

There are far more examples from the various traditions of the world of how the divine masculine (or male archetypes of our shared psychology) influence our development, however I only have so much room. What I found when examining my own growth was how Project Conversion itself was indeed as masculine form in my life. The very experience was a penetration into my former self, and each immersion into the faiths was a deposit of new seed–a breath of new life–into my mind and body. In a very real way, Project Conversion was a type of “intercourse with faith.”

I want you to wrestle with these terms and images I’ve shared with you today. Is it wrong to use such symbolism if it brings us to a greater end? We don’t have to go middle school with the subject of sex. Think about it: how often are we uncomfortable about something only because we are insecure about it? Maybe I’ve crossed a line, using sexuality and its terms with religion and spirituality.

Then again, I’m all about crossing lines (where appropriate), including the ones I’ve set up for myself.

What line will you cross today? Will you allow the masculine nature of the divine penetrate and breathe new life into you?

Tomorrow, we get in touch with the feminine. 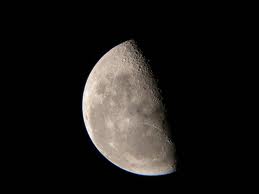 Thinking About Sex, Understanding My Spirituality. Part 1
archives most recent
More from Beliefnet and our partners
previous posts