Thinking About Sex, Understanding My Spirituality: The Role of Female

I can’t speak for everyone, however given my various experiences last year–especially within Wicca and Catholicism–I cannot deny the power of the feminine aspect of the divine (and for our atheist friends, our human psyche). But what does this have to do with sexuality in the spiritual realm?

In a religious landscape (especially here in the West) usually dominated by a divine male figure, there is a vast gulf of perspective left by those who refuse the divine its feminine attributes. Perhaps this is why many who leave the traditional monotheistic models have done so: They are seeking Mother.

It seems ironic that much of our most conservative values revolve around the assumed “complete” family model: Man, woman, child(ren) which is based upon specific religions, however this model is dictated by a male divine figure utterly alone in his masculinity. In all fairness, the Mormons have a pretty interesting theology going on all this.

Yesterday we explored the male nature of the divine and its sexual nature as a penetrating and, dare I say it, “impregnating” force in the world. Today, we will look at the feminine side of the coin.

But there’s a twist.

The feminine adds magnetism to the unapproachable divine. The feminine is healing, comforting, attractive, passionate, seductive, life-giving. With the male aspect, I described my year with Project Conversion as the penetrating, seed-delivering force which entered my heart and mind. Studying myself and my journey now, I realize that I am not a complete creature, even within the light of my revealed dharma. No, I am in fact within the womb of the feminine. When the seed of Project Conversion penetrated my life, it fertilized the womb of my heart and soul. Now I am within the Mother, growing in her, developing, reconfiguring the spiritual DNA of my Parents as we all do during spiritual growth. She just wooed me, now she is shaping me into the man I’m meant to be. My experience at the river of my dharma was nothing more than an ultrasound, a snapshot of my reality.

That is the sexuality of the divine feminine in my life. It’s about taking in, absorbing, embracing, shaping. How receptive are you today?  How do you see her in your life? 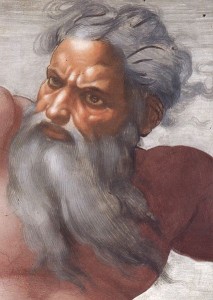 Thinking About Sex, Understanding My Spirituality: The Role of Male
archives most recent
More from Beliefnet and our partners
previous posts