Republican Party insiders have basically been telling anyone who will listen that in 2012, Democratic President Obama will become an one-termer.

The consensus is that after three years of failed economic policy, continued high unemployment and foreign and domestic policy crises, the GOP could even put their iconic elephant on the ballot and beat Obama come next November.

They just may have to, if their current crop of candidates – who have traded leads in the polls like kindergarten kids playing musical chairs as each has flubbed, been exposed for alleged wrongdoing, flip-flopping on the issues or just plain ignorance of them – doesn’t finally reveal a viable candidate.

The latest leader has been Newt Gingrich, the tough-talking, experienced politician whose three marriages and past Congressional ethics probes have oddly been baggage few seem to care about.

Gingrich also is an author and historian, among other things. It is in the latter incarnation he may have made his most serious (current) gaffe . . . even though he technically could be said to be right.

In an interview on the Jewish Channel cable network, Gingrich was laying out his pro-Israel bona fides when he remarked that the Palestinians are an “invented” people, that they are basically no different from other Arabs living in the region . . . Jordanians, Syrians, etc., that they had other places to go, in other words.

His argument is that there were no real Arabic nations, Palestinian or otherwise, until the British and French created them after the Ottoman Empire fell following World War I. The British mandate over what became “Palestine” included Jews, Christians and Arabs. So, historically, Gingrich has an argument.

But since when has history survived modern shifts in cultural, political and ethnic developments, or how people come to identify themselves over generations? (We’re “Americans,” now, but a couple centuries ago we were English, Irish, Scots, Germans, French, etc.)

The Arabs who have called themselves Palestinians for, arguably, a century contend that when Jews – both those who had been long-term residents of the area and the tens of thousands who fled there during and after World War II – formed the state of Israel, their Arabic forebearers were forced from their ancestral homes.

Now, I’m not going to fall into that argument about which of the “ancestral home” claims trumps the other. Each side has claims stretching back thousands of years, and each props up their claims with religious imperatives, as well.

But at some point, you have to accept conditions on the ground, in the now. Lots of people agree, thus the “two state” solution: Israel, as a safe and secure homeland for Jews, and Palestine, as (hopefully) a peaceful neighbor and a homeland for the disenfranchised.

Peaceful. That’s the key, and it has been an illusion for decades of failed negotiations.

But the United States has, whatever the historical arguments Gingrich may claim, committed diplomatically to a two-state solution. In light of that, Gingrich – being the grizzled political veteran that he is – should’ve known better.

The man who would be President should remember that the words he speaks today, having enraged Palestinian leaders who see mere pandering to their “Zionist” enemies in those words, could come back to haunt him — and our nation — should he be elected. 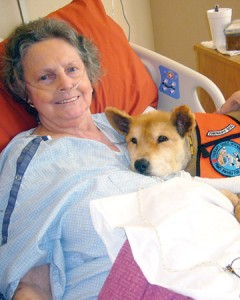