‘Inflatable Chapel’ is nifty, but it’s no old-time tent revival

Over at CNN, they’re making a big deal about an  inflatable chapel unveiled recently on the Los Angeles campus of the University of Southern California.

It’s the brain child (or should that be soul child?) of Gail Peter Borden, an architect and assistant professor at the USC School of Architecture.

“I wanted to create a spiritual structure, so I combined every symbolic piece of religion and geometrically combined them to represent them in this chapel,” he told CNN.

Wow. That makes this all sound . . . innovative.

Guess the folks at CNN have never been to a tent revival. Don’t know about Professor Borden.

So, while I applaud the idea being rediscovered, as it were, on the campus of USC, I offer some recollections about the original: the Tent.

Actually, the Tent, you could say, was God’s first choice for a dwelling place — at least among the children of Israel. They called it the Tabernacle, a nifty sacred enclosure that could be put up and taken down by the Levites faster than you could fill a jar full of manna.

Flash forward to the 20th Century and the tents were far less ornate canvas jobs. They also were far less “sacred” under more than a few ne’er-do-well evangelists and faith healers who used them, though I do remember a couple that were not just spiritual carnivals aimed at emptying wallets.

Those exceptions were portable, sacred spaces where people found the Transcendent Personal God they hungered for, if only for one night. For a lot of them, it was a mystical experience that was long-term and life-changing.

Think of a warm summer night, the darkness dusted with stars and a crescent moon. Inside, the yellow light from a string of light bulbs, fresh sawdust on the ground and rough wooden benches packed by the desperate, the seekers and the curious.

On the plywood stage is a sweating preacher, his wife on the accordion and local farm boys recruited to play guitars and fiddles as the hymns are sung. During worship, the hands of attendees alternate between being lifted in praise and folding flyers into makeshift fans and faces grow rosy and glistening with the heat of nearby bodies.

The songs end, the preacher sermonizes from a huge Bible, its black bonded-leather cover cracked and peeling, the pages stained with thumb prints and coffee from days gone by. Then, the altar call, people dashing to the stage to kneel, weep and repent. Others hobble forward for the healing prayer; some dance away, sure that knee, bad back or sore hip has been cured.

Hours later, the crowd has left and the preacher, his wife and a couple faithful locals take down the tent and load it into the truck. Led by the preacher’s station wagon, hauling a small trailer, God’s caravan heads off for the next stop. 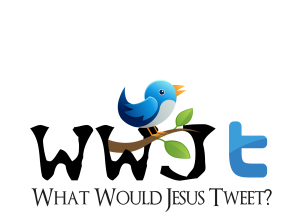 So ... What would Jesus tweet?
archives most recent
More from Beliefnet and our partners
previous posts