This is another one of those Jesus Wept blogs. (A.K.A. Christians behaving badly). And you can thank my editor, Robert Kerby, for including in my Beliefnet brief  “popular culture,” and the subset (I would suggest sub-basement) of Reality Television.

I decided to check out a couple on truTV: Operation Repo and South Beach Tow. These shows thrive on the down-to-earth(y) character of their real people “stars,” and the confrontations and weirdness that inevitably develop when people discover their cars, trucks, RVs, boats, construction equipment are woefully behind on payments, or illegally parked.

Essentially, the lesson is this: people just don’t think they are responsible for their actions, and when they get called to account, 90 percent of the time they take it out of someone else (in this case the tow truck drivers) rather than accept the consequences of being, well, stupid.

That goes for some (big wince) of my brothers and sisters who showed up in a couple incidents, proving beyond the shadow of doubt that Christians are sinners, too. Saved by grace, but on too many occasions not very gracious.

One involves repossession of a church van six months behind on payments. A rather pompous and ultimately dishonest minister tries everything to keep his board members from learning the truth, and then implodes: http://www.trutv.com/video/operation-repo/in-god-he-doesnt-trust.html

This next one is from South Beach Tow. For a while there I thought these fine Christians songsters, coming back to find their transportation on the tow truck’s hook, might charm the driver into dropping the vehicle and giving them a second chance. But it didn’t take long for the sweet, righteous demeanors to evaporate in a cloud of all-too-human profanity and anger: http://www.youtube.com/watch?v=-nEbVuV1YHA

You know, every time I “blow it,” engaging in a decidedly un-Christian manner in word or deed, I feel pretty low. I make it a point to fess up, to God and those I have offended or let down, and then I  try harder. Not much luck with that latter part, but as the saying goes, I’m a work in progress. God isn’t finished with me yet.

In fact, sometimes I feel like He’s just begun. But that’s for another blog. My point here is that, thankfully, my misbehavin’ isn’t on eternal video.

But fellow believers? Maybe we should act as if it is. 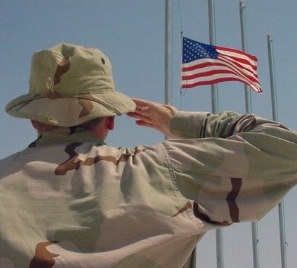