Mitt Romney ‘obviously not a Christian’? Is it ‘obvious’ who is, and why?

Mitt Romney is a Mormon, a member of The Church of Jesus Christ of Latter-Day Saints. So, OK, it’s tough to get all that out in one breath. He’s not Catholic, Orthodox, Baptist, Lutheran, Methodist, Pentecostal (though Mormons do accept speaking in tongues), Adventist, Presbyterian, Anglican, Quaker, Shaker, Mennonite, Amish . . . all easily declared in the space of a single heartbeat.

But obviously not . . . a Christian? At various times, each of those professions of Christian faith  mentioned above (LDS included) have, and some still do, claim to be either the “one true church” or in possession of a more perfect expression of the Gospel.

They divide over whether God has a body, physical or spiritual; whether baptism is by immersion (and whether one dunk will do, or three is required for each member of the Trinity), sprinkling or splashing; whether there is a Trinity, or what the Trinity is if so; whether salvation comes by baptism, or as a preceding act of faith; whether believers are called to pacifism or militant patriotism; whether scriptural interpretation is individual or entrusted to clerics; whether Christ’s presence in rite of communion is symbolic or real . . . and on and on.

As a preacher’s kid, I watched my Pentecostal father (cursed as he was with intellectual honesty) gradually draw his circle of what and who was “Christian” wider and in theological pencil (with the eraser of reason nearby).

Oh, he never abandoned the basic tenets of charismatic, evangelistic Christianity; he did, however, embrace others who looked above and beyond denominational walls with a desire to live, not just talk the gospel among their fellow humans.

You know. Being the healing hands, not the clenched fists, of Christ. Speaking the truth in love, not shouting angry judgment. Praying for those who misuse and defame you, not using “righteousness” as an excuse for character assassination or retribution. Maybe, along with getting red-faced and screaming one’s self hoarse over abortion, also stepping up to adopt those babies from desperate teenaged girls.

Dad’s final pastorate was a community church, a neighborhood congregation of Lutherans, Baptists, Methodists, the occasional Catholic and a handful of Pentecostals. As he neared retirement, he would smile slightly when asked which of the Christian sects would “make it to heaven.” One time, I was the one asking that question.

“I think we’ll all be surprised, when we get there, who else is there, too,” he said. Dad talked about God’s compassion and judgment being beyond our comprehension; that the Creator had a unique, unfettered understanding of the intentions of each person’s heart. And then, from these cosmic theological heights, my father, the preacher, recalled his between-churches job in “the world,” i.e. department store window display.

“In the end, all that stuff – the things we Christians argue about – is just window dressing. It won’t matter as much as the window, what the Lord wanted us to see and wanted us to do with it,” Dad said.

So, back to Mitt Romney. Or fellow GOP presidential candidate Jon Huntsman, also raised a Latter-day Saint. Or any of the world’s other 14 million Mormons. Are Mormons “Christians?” Are Catholics, Baptists, Lutherans, Pentecostals, etc., “Christians?” Forget the labels. Look to the heart. Look to what individual believers of all or any sect do, not just say.

More to the point, does having a Christian president mean much? Jimmy Carter, Ronald Reagan, Bill Clinton, George Bush(es) and yes, Barack Obama, all have claimed the “Christian” mantle. All of those men had or have their detractors for reasons political, moral and doctrinal. In the end, we still have seen inspiring leadership and moral failure, peacemakers and warmakers.

Jesus put it this way: “. . . ‘Come, you who are blessed by my Father; take your inheritance, the kingdom prepared for you since the creation of the world. For I was hungry and you gave me something to eat, I was thirsty and you gave me something to drink, I was a stranger and you invited me in, I needed clothes and you clothed me, I was sick and you looked after me, I was in prison and you came to visit me.’” (Matthew 25:34-36 NIV) 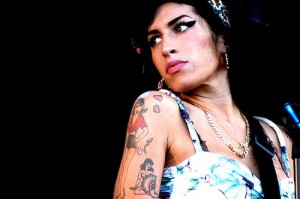 Amy Winehouse, amid rush to judgment, remember a sad little girl
archives most recent
More from Beliefnet and our partners
previous posts