Christian leaders, whether speaking from the Holy See in Rome,  the stages of America’s mega church multimedia wonders or the meanest, rusting music-stand pulpit of storefront inner-city chapel, all decry what they see as the growing bias of secular media toward believers.

And, in part, it’s true. As a long-time journalist myself, I’ve seen mere ambivalence toward faith that once characterized the typical American newsroom fray. Today it’s not easy to miss the disdain, sometimes even thinly veiled hostility toward faith. That said, there is always a danger to dismissing an entire industry (or faith) for the attitudes and actions of a few.

But understand, skepticism should be the reporter’s underlying attitude. Remember, part of the job is to expose lying politicians, criminals (with both guns and cooked books), crooked public servants, and con artists – whether they are tricking retirees out of their life savings, or working their cynical deceit from behind a television pulpit.

The problem is, that presumption of fairness is applied unevenly to covering believers who dare to hold fast to their particular, even peculiar Christian convictions. Not unlike the way Muslims have been derided in general for the crimes of a fanatical, extremist minority, evangelical/fundamentalist Christians are lumped in with such clueless cretins as the Westboro Baptist Church (the “God Hates Fags” bunch that pickets G.I. funerals).

Unfair? Sure. But Christian leaders and laypeople alike also need to be honest in placing    blame. The mirror is a good place to start.

As a preacher’s kid, I learned early on that I was being watched. My conduct was under a level of scrutiny — by friends, teachers and some especially self-righteous members of Dad’s congregations — that no other kid had. And, I often failed their expectations, miserably.

If I got in a fight, the folks knew of it before the blood had dried on my busted lips; if one of the playground’s more “earthy” exclamations escaped those lips, somber parental scowls, and perhaps The Belt, awaited me at home.

So, whether a PK, preacher, minister’s wife or anyone who claims to be a Christian, you are being watched. If you fail, those watching you will let you know; especially if you are a community leader, prominent pastor or evangelist, watch out. “Be sure your sin will find you out,” the Bible (Numbers 32:23) warns . . . and these days it may be the press that outs you.

It’s simple. Walk the talk. Have the integrity to do that, and when you mess up, ‘fess up. It’s not so much that a Christian leader is “caught” in sin that generates a media feeding frenzy, as it is their too-frequent attempts to deny, cover up and not take responsibility for those failures.

Oh, and stand up for civility. That’s what dozens of evangelical Christian pastors did in Salt Lake City years ago, when a tiny but vocal bunch of “street preachers” makes it their mission to insult and scream at Mormons attending their church’s twice-yearly conferences at Temple Square. Outraged evangelical leaders  held news conferences and issued statements condemning the activity, and resolutely worked instead for a forum of cooperation, friendship and respectful dialog with Latter-day Saints.

That was the right course. It also got covered by the local press, doing much to blunt the antipathy members of Utah’s predominant faith were feeling toward evangelicals into appreciation and respect. Do the right thing, and people – and the media – will notice.

You see, critics of the church very seldom have a problem with Jesus Christ; it’s his self-professed followers who bury the straightforward message of God’s love under a mountain of hypocrisy no less malodorous than a pig farm at mid-summer.

In in his novel, Fahrenheit 451 sci-fi author Ray Bradbury wrote: “I often wonder if God recognizes His own son the way we’ve dressed him up, or is it dressed him down?”

Atheist pundit Bill Maher : “I love Jesus. I just don’t like the Christians who don’t believe in what he says.”

I suspect Jesus himself would say, “Amen,” to that. He did say this: “By this all will know that you are my disciples, if you have love for one another.” (John 13:35 KJV). 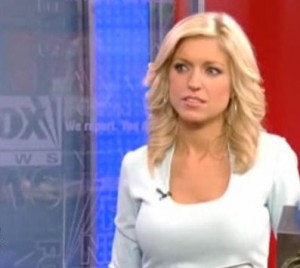 Mitt Romney 'obviously not a Christian'? Is it 'obvious' who is, and why?
archives most recent
More from Beliefnet and our partners
previous posts