Gramma Good’s Guide to New York City for the Holidays

New York! New York! It’s wonderful town…especially at Christmas with your husband and members of your family.

New York at Christmas is the hustle and bustle of taxis and New Yorkers; The Rockettes at Radio City Music Hall; Times Square that attracts more visitors than any other tourist attraction in the world; the outdoor skating rink at Rockefeller Center and last but not least an energy of

spirit that you cannot find any where else in the entire world. And much is free to the public.

My favorite Christmas in New York was with 3 of our grandsons. Shelly and I lived New York through their eyes on their first trip to the Big Apple. We ice skated at Rockefeller Center, we saw the Rockettes at Radio Music Hall, we even took a family carriage ride through Central Park singing songs, laughing and snuggled up in blankets to fight the chilly holiday air.  They saw their first Broadway play, the Lion King, had corn beef sandwiches bigger than they were, potato pancakes so greasy they slid off the plate topped off with a giant dill pickle and coleslaw all at the famous Carnegie Deli! When we asked them what they wanted for desert they all said in unison, “nothing, thank you, Honey and Papa”!   We took them to the New York Stock Exchange; The Empire State building and a boat ride out to the Statue of Liberty, where I told them the story of the French gifting America our Lady Liberty, the most beautiful woman in the world in their grammas eyes.

We took them to the Apple Store, (one of this gramma’s favorite stops) where we bought them each a holiday present.

After our three- day trip, we boarded our American Airlines flight back to Chicago, our home. As we flew into O’Hare, I looked over at my wonderful husband and my three exhausted grandsons and a wave of love passed through me for these three little boys and the man who made it all possible…my husband, Shelly. 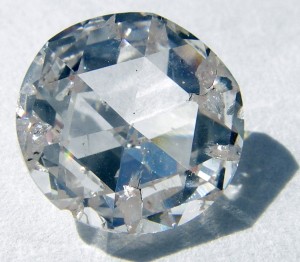