A Jewish kid is sent to a Jewish school by his parents. After two weeks he is kicked out for fighting and laziness. So his parents raise the money and send him to a private school. However, after two weeks he is kicked out for fighting and laziness. Having no choice, the parents send the kid to a public school. However, after just one week he is suspended for fighting, lateness and laziness. His parents feel terrible. What to do, what to do! Finally they decide there is only one thing more they can do. So they enroll him in a Catholic school. Weeks go by and the boy is still in school. In fact, he has good grades and the nuns speak well of him. His parents are amazed. They ask the kid, “How is it you got kicked out of Jewish school, out of private school and out of public school but you don’t get kicked out of Catholic school?”  “You should see,” says the kid,  “what they have hanging on the wall.” 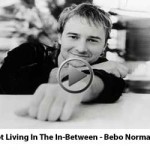