While many in Nigeria are still celebrating the victory of Christian presidential candidate Goodluck Jonathan, Christians in northern Nigeria are grieving over mass graves filled with the bodies of their loved ones.

The death toll is estimated to exceed 500 — Christians murdered because Muslims did not like the outcome of the national election.

In the Muslim north, Muslim mobs reacted to the news of Goodluck’s election on April 18th by launching massive simultaneous attacks against Christians in almost every northern, Muslim-dominated state. Mobs massacred hundreds of Christians, torched more than 300 churches and destroyed countless Christian homes.

Muslim officials were in such a hurry to hide the extent of the massacre that they organized mass burials of the victims almost immediately after the attacks. As a result, the exact death toll remains unknown.

In Kaduna state, where Christians suffered the greatest losses, at least 300 people were slaughtered in the towns of Zonkwa and Kafanchan. The death toll elsewhere may even be higher — but is conservatively set at 500.

Today, close to a thousand families are displaced and living in camps set up by the government. More than 200 families lost their homes, and hundreds more have fled their homes in fear of continued attacks. 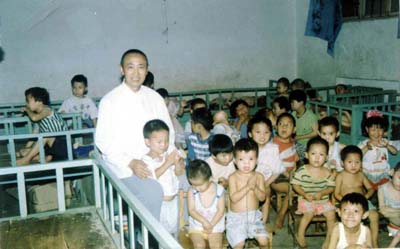