“Due to a lack of police protection during all of the commotion surrounding the demonstrations in January and February,” reports Michael Terheyden, reporting for Catholic Online, “some Coptic monasteries were forced to protect themselves from gangs and thieves. They did this not with guns or violence, but with fences they built on their property.”

Hoping for protection from the Egyptian army, Christians have instead seen such defensive walls and fences bulldozed by the army — enforcing a law that prohibits any construction at a church without a presidential edict.

“Arab raiders, jihadists and prison escapees have attacked several monasteries in Egypt,” reports International Christian Concern. “On February 21st, soldiers arrived at the monastery of Saint Bishoy in tanks and bulldozers and opened fire on monks and workers.  The demolition can be viewed in this video. You can hear the monks singing, ‘Lord, have mercy’ while the demolition took place.”

About 10 days after Egyptian President Hosni Mubarak stepped down, reports Terheyden, the Egyptian Army attacked three monasteries — citing Egyptian law which makes it illegal for Christians to build anything with presidential permission.

“The attacks left many monks injured and the fences destroyed,” reported Terheyden. “Two of these monasteries, Makarios Monastery of Alexandria and Saint Bishoy Monastery in Wadi el-Natroun, are located in the general vicinity of Cairo. The third monastery, St. Boula, is located in the Red Sea area.”

To read more about Christians suffering in Egypt, CLICK HERE
CLICK HERE to read about the Egyptian Bible Society’s miraculous deliverance from a mob 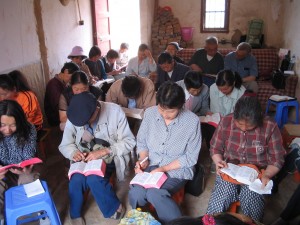