I guess I never really understood the word “lust.” It
probably had something to do with watching too much television growing up, or
maybe it was the fantasies of fictional literature that threw me off. Then
again, the use of the word “lust” in religious traditions was more than likely
the most misleading of all. It is not uncommon for religion to actually depict
and emphasize something so adamantly, so strongly, that it actually becomes
distorted and hard to understand. I think this is a big problem for many of us
when it comes to lust: if you don’t understand it, you don’t know when it’s
truly present or what to do about it.

When I heard the word lust, the image that always comes to
mind is something that looks very dark, maybe a little menacing. It’s
beast-like and uncontrollable. Definitely it’s disrespectful, and very crude. I
think of shallow people and drunken mistakes or stalkers and date rape. But
now, after so many years of being a coach and counselor to others facing their
relationship challenges, and after enough years living on this planet, I can
see that I had lust all wrong.

I do think that lust is a sexual drive and a sense of sexual
longing and I do think that sexual desire and urgency (or just being horny) is
a basic dimension of what lust is. All the above examples certainly can include
lust. But when we define lust in the extremes – as though it were a mindless,
guttural, “Jekle and Hyde” kind of thing, we misunderstand it and can get
caught by it. Lust is also common, natural and normal. It seems it is actually
a part of being healthy and inspired. Lust can be an expression of vitality,
deep connection, love, or a hormonal shift! So feeling it is perfectly
acceptable in my opinion, but acting on it is a whole other issue.

The complexity lies in how closely linked sex and love are.
For many happily married couples, lust is how they opened the door to their
love, or lust is what helps them keep their love alive. Among couples that
struggle lust is often an issue. Either they lack it in their “love life” (note
how we interchange the word sex for love) or the problem is that one member of
the couple is feeling lust for someone else and gets confused by it.

Recently, a woman client confided this very problem to me in
a session. “What should I do? I still love my husband and don’t want to
divorce, but I have all these feeling for my coworker. What is wrong with me?” I
assured her that the only thing wrong, was that she was alive and fully human.
The only thing wrong was that she assumed that something was wrong. This woman
had no intentions to act on her feelings and had demonstrated very clear
boundaries, but still she was lost in guilt about feeling passion and
attraction. Notice how lust that is welcomed by another is called passion, and
unwelcomed attraction is often called lust. The love link was that she thought
that because she had a desire to be intimate with another person she must not
love her husband as much, or that she loved this other person more than she could
accept with a mere friend. The fine line between love and lust often introduces
confusion – about what we feel and what we truly want. Love often breeds
attraction, attraction often leads to love and each seems to require a bit of
the other even in the purest of intentions. Trying to put it all into neat
boxes of understanding and rationalization is where the trouble begins.

In the end, it’s far more normal than you’d think to love
more than one person at once and to feel lust for more than one person at once
(even in a day!). The key is to honor what you are feeling, but then to turn
your attention to what you can learn from the feelings, and how you should act
on them with compassion, respect and awareness of self and others. The strong
energy you are experiencing in a moment of lust can tell you a lot about how
you feel about your life or yourself.

The Good News About
Lust

Lust can be a great teacher, likely one of the best. Think
of it as really an internal process, it’s about how you relate to you. The next time you feel a deep
romantic or sexual urge toward someone, step back and notice what is really
going on in your experience. Are you missing something in your own life? Do you
need to work harder at a relationship in your life? Do you have a natural
soulful connection with a new person and have you mixed up a deep sense of
safety and connection with sexual attraction? If it’s just senseless physical
attraction, well, there are lots of options and exercise and cold showers among
other things still work fine. If it’s senseless and pointless, it’s all the
more reason not to invest in it.

Lust can teach you a lot, but remember, you need to be
willing to manage your choices wisely and look within to grow from it. 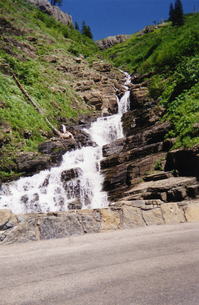 Get Away! The Summer Escape to Wellness
archives most recent
More from Beliefnet and our partners
previous posts

Thank you for visiting Practical Spirituality. This blog is no longer being updated. Please enjoy the archives. Here is another blog you may also enjoy:  Inspiration Report Happy Reading!!!

Gaga For My Guru

Ok, so to begin, I am not a big fan of TV or pop culture in general, and while I think everything has its place in the world, I wasn’t overly interested in Lady Gaga a week ago. I certainly knew who she was and of course lots of her songs are catchy – but […]

Does God Have a Name?

We were on the road to Malinalco, Mexico, when we came upon clusters of people of all ages walking along the highway. It was surprising and mysterious to me. As we passed families, groups, and individuals, I felt as if I were looking through the car window into a world I couldn’t begin to comprehend. […]