WHAT were they thinking?

You’ve likely read the story about the crazed chimp that went ape and critically mauled a woman in Stamford, CT (where such creatures are considered house pets). Police had to shoot and kill the poor simian. This morning, in an eye-popping interpretation of the event, a New York Post cartoonist has depicted the shooting–two white cops with smoking guns looking at a dead chimp–as a shot at President Obama and the stimulus package. In the caption, one cop says to the other: “They’ll have to find someone else to write the next stimulus bill.” People here in Brooklyn were buzzing about it this ayem, and The Huffington Post has coverage here. I love tabloids, but this boggles the mind. 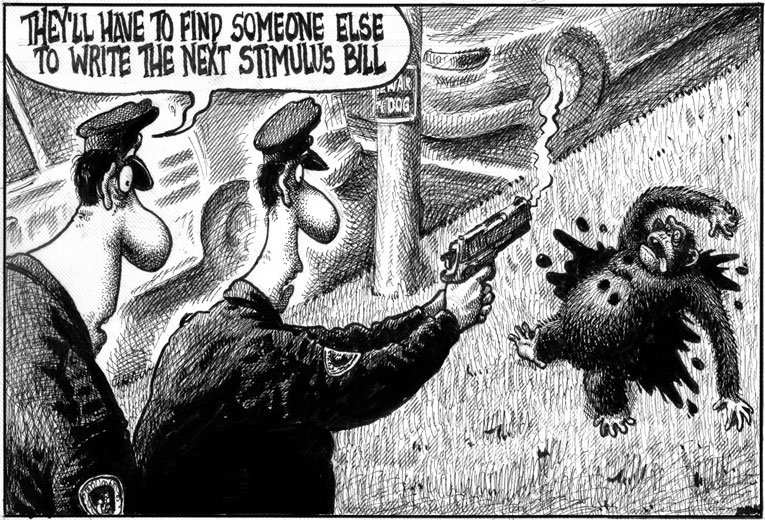 Pope meets Pelosi: Something for everyone
archives most recent
More from Beliefnet and our partners
previous posts