This is a memorable week: on Monday the inauguration of President Obama on the holiday honoring Martin Luther King, Jr., and on Tuesday the 40th anniversary of the Roe v. Wade decision by the Supreme Court. Some people will celebrate all three with thanksgiving. Others will find nothing to celebrate – especially the decision of January 22, 1973 that struck down state laws banning abortion.

The 40-Year Impact of Roe v. Wade on the United States

The Supreme Court handed down abortion’s landmark decision in Roe v. Wade 40 years ago, sparking decades of political, cultural and religious divisions. In a 7–2 vote, the Supreme Court held that a set of Texas statutes criminalizing abortion in most instances violated a woman’s constitutional right of privacy. About 60 percent of Americans say they would not like to see the Supreme Court completely overturn Roe v. Wade, compared to about 30 percent who would like to see the ruling overturned, according to a recent poll from the Pew Forum on Religion and Public Life.

On Sunday, there will be another inaugural address – this one by Jesus at the beginning of his ministry (Luke 4: 14-21). After forty days in the wilderness facing the devil, Jesus returned to his hometown of Nazareth and went to the synagogue. He took his place at the reading desk and someone handed him the scroll of Isaiah. The text says he “found the place where it was written.” Jesus read the text, handed the scroll back to the attendant and sat down. Everyone was looking at him – all those hometown folks who knew him as a child. Then Jesus said, “Today, this scripture has been fulfilled in your hearing.” That must have been a shock because the Isaiah text Jesus read proclaims more than anyone could see: good news to the poor, release to the captive, recovery of sight to the blind, freedom for the oppressed – and the year of the Lord’s favor. The hometown folks would have recognized the year of Jubilee when debts would be cancelled, slaves set free and the land allowed to rest. Jesus was making a very big claim!

How shall we interpret what Jesus said in light of our deep divisions over abortion? Is the fetus in the womb oppressed or is the pregnant woman denied choices oppressed? Is the woman captive to laws that restrict her access not only to abortion but to contraceptives? Or is the fetus a captive threatened with death? We have grown so accustomed to shouting slogans at one another that it has become almost impossible to have faithful conversations across our differences.

All Part of One Body

Perhaps we need to hear Jesus’ inaugural address alongside another text appointed for this Sunday. Just as the Isaiah passage was probably paired with a reading from Torah, this week’s second reading is from Paul’s letter to the Corinthians (I Corinthians 12: 12-31). Paul wasn’t writing to all the citizens of Corinth — nor to citizens of the United States! He was writing to a struggling, divided community of believers trying to follow Jesus in a diverse, cosmopolitan city. Paul chose the metaphor of the body to help people see that, though they were different, they were all part of Christ’s body. “If the foot would say, ‘Because I am not a hand, I do not belong to the body,’ that would not make it any less a part of the body.’” Paul goes on to talk about other body parts, all which are essential and part of the one body.

Then, these words: “If one member suffers, all suffer together with it; if one member is honored, all rejoice together with it.” This sense of shared suffering and joy is often missing from debates about abortion. What if those of us within the Christian community began with a shared commitment to everyone in the body? Ethicist Beverly Harrison, who died in December, gave us a place to begin when she wrote: “Persons of authentic theological sensibility must continue to insist that every child who is born among us deserves to be embraced in a covenant of love and affirmation that includes not merely the love of a mother, or a father, but the active concern and respect of the wider community.”

What would it mean for the “wider community” to care for the well-being of every child born among us? Many Christians express passionate concern for the unborn. But what about the well-being of children once they are born? In our country,16.1 million children live below the poverty level. Children under five continue to suffer most: one in four infants, toddlers and preschoolers were poor in 2011 during the years of greatest brain development.

Sometimes it seems the worst thing that can happen to children is being born. Before birth, they are cherished, but after birth, they’re on their own. Caring for children born among us means funding the Children’s Health Insurance Program, WIC (Women, Infants and Children), food stamps and Head Start. If abortion is morally wrong, is it also morally wrong for children to live in poverty or to be without health care or to go to bed hungry?
Are Women Part of the Body?

Women, too, are part of the wider community, and only women can become pregnant. If every child should be a wanted child, shouldn’t we ensure that every woman has access to family planning, including contraceptives? Yet, access to contraceptives has been attacked in the name of religious freedom. Funds have been cut for Planned Parenthood clinics providing health care and contraceptives for many poor women. The Hyde Amendment (1976) forbids the use of Medicaid funds for abortion, except in cases of rape, incest or threat to the mother’s life. What does a poor woman do when faced with an unwanted pregnancy and insufficient resources to care for a child? Hundreds of restrictive anti-abortion laws have been passed by the states. We may soon reach the point where abortion is legal, but impossible for most women.

We Are All Called to Be Pro-Life

All people of faith are called to be “pro-life.” But pro-life is bigger than the claim of one side in the ongoing debates about abortion. Pro-life is good news for the poor and freedom for those oppressed. Pro-life includes all members of the body – children already born as well as unborn, women as well as any children they may bear. “If one member suffers, all suffer together with it; if one member is honored, all rejoice together with it.” Paul didn’t give us answers about abortion, but he did remind us that, in spite of our differences, we’re all part of the one body.

For further reading and reflection: 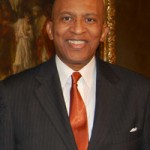 A Vision for America: John 2:1-11
archives most recent
More from Beliefnet and our partners
previous posts