“Everyone brings out the choice wine first and then the cheaper wine after the guests have had too much to drink; but you have saved the best till now.” John 2:10

Spurred on by the Occupy Wall Street movement, African-American leaders have banded together to forge the Occupy the Dream movement to highlight the widening gap between the rich and poor. Economic injustice was a focus of Dr. Martin Luther King’s activism near the end of his life. Fifty years later, African-Americans and other minority groups are still disproportionately impoverished, says Dr. Benjamin Chavis Jr.

I recently saw the very fine understated film, Promised Land, starring Matt Damon, which peels back the glamour and allure of large amounts of money from huge energy corporations drilling for natural gas, engaging in a practice called fracking. Fracking offered the promise of making individuals and families rich, maybe very rich millionaires, but there was also the possibility of releasing chemicals into the soil and groundwater hastening the death of these struggling communities.

No quick easy answers are offered in this film, but we are reminded of the great promise that this land called America holds for all 300 million plus of us. We are reminded of promises unfulfilled, dashed hopes and shattered dreams.

Reading this second chapter of John’s gospel, when Jesus was at a wedding feast in Cana of Galilee, we see here also great promise, but promises unfulfilled, dashed hopes and shattered dreams. A young couple at a high moment starting life out together with great joy, but the joy becomes elusive as a problem soon develops. There is a shortage, a running out of wine. Not only was that a social embarrassment; it was a symbol and sign of what was yet to come. For a wedding to run out of wine was an omen that there was little chance of this particular marriage reaching its full potential. Promises barely made, but already promises unfulfilled, dashed hopes and shattered dreams.

As we stand this week on the cliff of a critical moment in the life of our nation, Martin Luther King, Jr. Day and the second inauguration of Barack Hussein Obama, the first person of African descent as the 44th President of this country what we see is great promise, some already view that promises are broken and unfulfilled. There are dashed hopes and shattered dreams.

President Obama has appealed to the “better angels in us” and has called us to be “greater than the sum of our individual ambitions, more than a collection of red states and blue states, but the United States of America.” Politicians are famous for making these kinds of phrases. They have professional speechwriters who sit around for hours trying to craft these catchy phrases, trying to find some immortal line that will last and last.

They want to get elected, but after the election, they generally go with business as usual. Some keep their promises, but most of them forget them altogether. Before the election, there they are out on the farms with the people, milking cows, visiting school yards, chatting with people; and on talk shows like Jay Leno and David Letterman. It’s so false, and once it’s over you can’t find them on the farms, in the schools, at the factory gates or in the hospitals or at the train stations.

But suppose, however, we were to take President Obama seriously and suppose he really does want this to be a time of a new beginning in this country. Suppose as he stands on the Capitol steps and raises his hand and takes the oath of office for the second time, he really intends to be a transformational leader of hope and change.

All the mayors of our cities, the governors of states, the heads of school systems, the presidents of banks, the heads of corporations, all the members of congress ought to know that the president goes to bed at night praying for a hopeful, compassionate, kinder and gentler nation.
He ought to tell the Congress to change the National Anthem and rather than singing about bombs bursting in air, start singing about brotherhood and sisterhood from sea to shining sea, a kinder and a gentler nation! Don’t just whisper it in the Rose Garden every now and then, but go on CBS, ABC, NBC, FOX, CNN – a hopeful, compassionate, kinder and gentler nation. If you mean it, tell everybody!

Everybody ought to know about it. If that’s what you want Mr. President, tell it everywhere you go. When you show up…folks will have to say there’s that man, he doesn’t seem to have but one speech! Let the whole world know…this is what we are doing in America building a hopeful, compassionate, kinder and gentler nation!

We are going to address gun violence in this country and extend a helping hand to the working poor and immigrants. We are going to make good mental health a priority and fully implement health care for all. Defense funds now committed to overkill will be redirected to the enhancement of life in our small rural communities and in our desperate cities.

And suppose our President invites the people of the world who fear us and who hate us to sit down at the table to study war no more and lead the world in “beating spears into pruning hooks and swords into plow shares?”

What a legacy that would be!

President Obama needs to know that he has a lot of company. He needs to know that he is not alone, that this is what we want as well: a hopeful, compassionate, kinder nation, and peace and prosperity at home and abroad. We are with you. We are your allies in building a new world of promise for all.

We haven’t run out of money in this country really, but we are running low on courage, vision and leadership. When Jesus took charge of that wedding feast and turned water into wine, the governor of the feast said usually the good is served first, but you have saved the best for the last. And we can never lose sight of that. Though we know the reality of promises unfulfilled, dashed hopes and shattered dreams, the best can be yet to come!

God, may we never lose sight of the vision of the promised land! 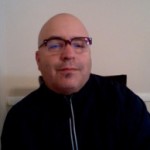 Waiting on the Messiah and Presidential Expectations: A Study of Luke
archives most recent
More from Beliefnet and our partners
previous posts