“Parents just don’t understand” might be an ever-present theme in popular music, but it’s hardly a modern phenomenon.

If you’re looking for snapshots of well-adjusted and happy parent-child relationships from the ancient world, the Bible probably shouldn’t be on your short list of sources. Consider even Jesus’ family, for example. The New Testament preserves evidence suggesting that Jesus’ relationship with his mother was rather strained. Similar tensions appear to have existed between him and his siblings, as well.

An important source is Mark 3:21, which says: “When his family heard what was happening, they came to take control of him. They were saying, ‘He’s out of his mind!’” (translation: Common English Bible).

Yet, Christian tradition has had a difficult time reckoning with the perhaps troubling idea of family strife between Jesus and his kin. Consider what translators and even other Gospel authors have done with Mark 3:21:

• The King James Version totally removes Jesus’ family from this part of the scene, saying: “And when his friends heard of it, they went out to lay hold on him: for they said, ‘He is beside himself.’”

• The New Revised Standard Version puts the disparagement of Jesus in the mouths of others, saying: “When his family heard it, they went out to restrain him, for people were saying, ‘He has gone out of his mind.’”

• The authors of the Gospels according to Matthew and Luke, whose books were produced after the Gospel according to Mark and who included scenes similar to Mark 3:20-35, omitted from their narratives any suggestion that Jesus’ family thought he was crazy.

The story told in the wider context, Mark 3:20-35, sets Jesus’ family in comparison to influential religious leaders (legal scholars based in Jerusalem). Both groups express an inability to understand who Jesus really is. The religious authorities conclude he is possessed by Satan. His family assumes he has lost his sanity. In an ancient setting, these diagnoses were roughly equivalent to each other.

The scene underscores how those who presumably were in great positions to make sense of Jesus still were not immediately able to see him as God’s agent. As Jesus announced and re-inaugurated God’s intentions for human flourishing, many could not overcome the disorienting character of his message. Even close relatives and religious insiders were bewildered by what he said, which threatened to disrupt so many aspects of human society.

Maybe Jesus’ relatives were dismayed that the first-born son wasn’t supporting his family but was gallivanting around Galilee as a self-appointed prophet. Or maybe they wanted him, as Messiah, to have bigger and better ambitions, such as promising a revolution instead of preaching and healing the sick. The Gospel of Mark does not explain; it merely sets up a showdown of sorts when the family arrives to seize Jesus.

When the crowd says that his family is summoning him from outside the crowded building, Jesus answers with a shocking statement: “Who is my mother? Who are my brothers? … Look, here [these people seated around me] are my mother and my brothers. Whoever does God’s will is my brother, sister, and mother.”

It’s good news for those inside the house, who seek to identify with Jesus and his message. It’s also good news for Mark’s earliest readers who found themselves estranged from their biological families (compare Mark 10:28-30). Bad news, however, for his relatives on the outside, and for others with high regard for customary notions of honor and social stability.

Jesus redefines the criteria for who constitutes his true family.

This goes beyond striking back at his mother and brothers’ opinion about his sanity. More foundationally, Jesus makes a claim about what it might mean to belong to other people. He makes a claim about identity. Families, or “households,” were the primary social and economic units of first-century society. Jesus speaks to deeply embedded cultural assumptions when he determines his true family not by blood relations or kinship ties but by doing the will of God.

No wonder some people are bent on killing him in this book.

Jesus was hardly the first thinker to use familial terms to describe the membership of a movement or an in-group. Still, his comment would strike many of his contemporaries as dangerous. What’s a “family” supposed to consist of now? For Jesus, family — at least, one type of family — is a community of people joined as an expression of their commitment to discover and manifest God’s will.

While Mark 3:20-35 is not the first biblical text I would appeal to in a conversation about why I will vote against the amendment, nevertheless this passage should inform how Christians think about the issue.

And what is “the issue”? It’s multifaceted, obviously. The proposed amendment touches on many things, not solely approval or disapproval of homosexuality in general. For one thing, it’s about families — real families.

Jesus’ words prompt us to consider the relationship between a family and what it means to know and do God’s will. Can only certain kinds of families reflect or promote God’s will, as Jesus articulated it in terms of mercy, love, justice, protection, holiness, and well-being? Can only certain families express the belonging and solidarity that God desires to share with humanity?

Obviously, Christians have not found consensus on these topics, as discussions of sexuality and marriage have polarized many communities. Yet the discussions, impelled by the cultural urgency surrounding the issues, have also brought many into deeper understandings about what kind of living might be consistent with Jesus’ life and message.

A rift in the black church over gay marriage has widened in the weeks since both President Barack Obama and the NAACP came out in support of marriage equality. The Rev. Anthony Evans, president of the National Black Church Initiative, and The Rev. Dennis Wiley, pastor of the Covenant Baptist United Church of Christ in Washington, D.C., explain their positions at opposite ends of the issue.

Our Values as Reflections of God’s Commitment to Humanity

Jesus did not abolish the idea of family or household. It goes too far to suggest he overthrew his culture’s values about family, society, and religion — in this passage or any other. But he does consistently unsettle and sometimes redirect those values.

When Jesus teaches, heals, and makes pronouncements, everything gets put up for renegotiation. Old values aren’t necessarily flawed, simply by virtue of their being old or established. But God’s presence in the world, manifested through Jesus’ words and actions, repeatedly upends conventional assumptions about what’s “real” or what’s “normal.” It upends them, not to change them for change’s sake, but so we might reconsider just how they can be authentic manifestations of who God is and how God can be known. For God wills to be known by us, in the particularity of our real lives and relationships. 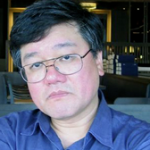 The Price of Being Prophetic: Isaiah 6.1–8; John 3.1–17
archives most recent
More from Beliefnet and our partners
previous posts