The recent escape of the well-known blind Chinese human rights lawyer Chen Guangcheng from house arrest to the American embassy has attracted a lot of attention in the media. The story is rife with possibilities in an election year, and pundits and politicians are quick to spin it to their own advantage, be it to extol their virtues or launch preemptive strikes against their opponents. It would be easy to dismiss the American reaction as cynical and crass. The state-controlled Chinese press certainly does. But to do so would overlook something deep in the heart of the American character.

Chen’s story engrosses us, because it embodies all the right elements to tug at our American heartstrings. Chen was blind from childhood, but studied law to become an advocate for his fellow villagers who were forced by the authorities to undergo abortions. He filed a class-action suit against the authorities that resulted in his harassment, imprisonment, and eventually house arrest. He was David going up against totalitarian Goliath. That he managed to escape to the American embassy, setting off a chain of high-level diplomatic maneuvers, only adds to his mystique. Here is the story of the little guy succeeding in rattling big bad government: just like the lone man standing up to a battalion of tanks at Tiananmen Square or the ill-equipped early American minutemen beating back the British to garner for us our inalienable rights and freedom. Chen’s story is our national story, so we Americans might be forgiven for a little irrational exuberance. We are the standard bearers of rights and freedom, and we love to tell the world about it.

Being prophetic is no trivial matter, however, if the prophet Isaiah’s experience is any guide. Isaiah 6 describes an extraordinary vision of a divine court, but the vision takes place not in heaven but on earth, in the very temple where heaven and earth meet and where political sovereignty and religious authority intersect. As the seer looks on, the court is in session. The Lord of hosts sits aloft on a throne and dresses in a robe that fills the whole temple, a temple that reverberates with the sound of the seraphs’ acclamation, “Holy, holy, holy is the Lord of hosts; the whole earth is full of his glory” (Isa 6.3). That the divine judge fills both temple and earth gives us a glimpse of the universality of God’s lordship. The legal standing of God extends to not just a small tribal corner in a closed society but the whole world where true justice is valued. Tyrants come under judgment not just because they violate the rights and impede the freedom of their own citizens; they are judged because they violate a universal code of conduct whose sole guarantor is none other than the Ancient One. The judge does not speak, not yet anyway, nor do we see any of the characteristics that we normally associate with the Divine One. There is no need. The sight of the sweeping robe and the seraphic voices, accompanied by quake and smoke (Isa 6.4), is enough. The mere presence of God establishes the universality of rights and justice. There is no independent warrant for rights and justice. There can be none.

But an incongruent thing happens in the midst of this awe-inspiring scene. The would-be prophet cowers before the throne and whimpers, “Woe is me! I am lost, for I am a man of unclean lips, and I live among a people of unclean lips” (Isa 6.5). No posturing. No preachiness. No self-righteousness. Only a spontaneous, reflexive, even involuntary confession of guilt. There is none of the modern legal trappings of proof and evidence. In the presence of the author and originator of true justice, the only proper response can only be an admission of guilt—not just one’s own guilt but the collective guilt of a whole people. Thereupon the judge cleanses the guilty man before commissioning him as prophet (Isa 6.7–8).

Antoinne Murphy is serving a 25-year-to-life sentence for homicide at Sing Sing Correctional Facility. Murphy grew up in a middle class home in Flushing, Queens and attended private school. At 16, he says he headed down the wrong path and began selling drugs. Since his incarceration Murphy has obtained his bachelor’s degree through Mercy College, and earned a Master’s of Professional Studies from New York Theological Seminary. Through his studies and reflection, Murphy has chosen a path in ministry, “I actually found out who I am now,” he says. “And it’s all about giving back to the community and I know that despite the fact the way I am, prison doesn’t define me”.

Watch the Video: A Life Behind Bars: Transformation Through Education

A Life Behind Bars: Transformation through Education. Antoinne Murphy’s Journey to Redemption and Self Realization.

We pay lip service to humility as a virtue, but now as ever amassing power is more likely our personal and national operating principle. In biblical parlance, humility and humiliation are one and the same word. We blunt the sharp paradox of the cross when we prematurely transmute Christ’s humiliating death, the cruelty of crucifixion, into a virtue (Phil 2.8). In refusing to accept Christ’s grotesque execution as defeat, as a total forfeiture of all prerogatives, his rights and freedom as a human being, we fail to heed the demand on us for repentance and self-reflection. But this is exactly the difference between prophets and megalomaniacs. Megalomania is little more than a counterfeit messianism that uses a veneer of rights and freedom to mask its selfish ends, but authentic prophecy is predicated on and preconditioned by cleansed guilt. A true prophet is led by an ego transformed by the spirit. The Gospel of John is describing this very phenomenon when it says that the spirit, literally the wind, blows where it wills. We hear its sound but don’t know whence it comes or whither it goes (John 3.8). We are left with only no alternative but to align our transformed self with the spirit of freedom.

Many today use the Puritan John Winthrop’s notion of “the shining city on a hill” to support a form of American exceptionalism. Many believe with historian Gordon Wood that “we Americans are a special people with a special destiny to lead the world toward liberty and democracy.” We indeed have a prophetic role to play in the world. It’s a noble calling, and we should be proud to discharge our awesome responsibilities that go with it. But lest we forget the preconditions for the prophet Isaiah’s commissioning, he confesses his own guilt and the guilt of his own people. Then he insists on dwelling in their midst. Not to lord over them or to manipulate them for exploitation, but to be one of them. Are we willing to pay the price? 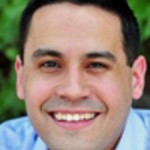 Acts 2:1-21, Think Differently About Difference
archives most recent
More from Beliefnet and our partners
previous posts