Mark 1:40-45: The Inconvenient Truth about Taking Care of the Poor

Jesus was concerned about the very poor.

I’m not trying to pile on Mitt Romney after the bad week he had. I think he and most other politicians are concerned about poverty, too, despite their occasional inability to do much about it. But their concern differs greatly from Jesus’. More about them later.

Exploring Jesus’ concern for the poor and excluded reminds us of the close connections among wealth, health, and social acceptability. Chronic illness, disability, and poverty typically go hand-in-hand. Also, human wholeness is not easily divided into separate categories, as if economic, psychological, and physical wellness operate in isolation from each other. Acts of healing and empowerment always carry political, religious, and social significance.

While Bible readers might disagree about how exactly it all happened, Jesus’ contemporaries clearly remembered him as a healer — but not as someone who healed effortlessly. The Gospels tend not to portray Jesus as a guy with a casual Midas touch. Usually he engages people who need healing face-to-face. Engaging them in this way, he comes very close to their condition. And sometimes the encounter has an effect on Jesus himself.

His concern leaves him changed.

A Healing and Its Effects

In the story where Jesus heals a man suffering from a severe skin disease (Mark 1:40-45), we see one such encounter. As Bible stories go, it’s an emotionally charged scene.

The man’s ailment likely required him to live away from populated areas and to avoid contact with others. Doing so would help lessen people’s fears of contamination. In the eyes of any who presumed that the man somehow did something to deserve his pitiable condition, as a curse or punishment, such a lifestyle would be fitting. In any case, it probably doomed him to a life of poverty, loneliness, and the focus of others’ contempt.

Jesus removes the disease; even better, the man is “made clean.” This language suggests more than just the absence of an illness. It’s restoration. The man can now regain acceptability; he can return to society and interact with others. An easy afternoon’s work for Jesus, right?

Not quite. Notice what happens when the story ends. The cleansed man, violating Jesus’ instructions to keep a discreet silence about what happened, instead broadcasts the news. As a result, interest in Jesus becomes so intense that he can “no longer go into a town openly.” As one translation puts it, he must inhabit “lonely places,” outside of population centers.

Jesus effectively trades places with the man who was cleansed.

It seems Jesus is not at all eager to have this switch take place. Just prior to this story, he had declared that his mission was to proclaim his message in towns. Now, all because of one little dermatological feat, he finds himself confined to the wilderness (where, to be fair, he continues to have contact with multitudes who seek him out). Maybe Jesus glimpses the possibility of these consequences before the healing occurs. After all, he appears agitated; when he orders the man to keep quiet about the healing, something like a snarl accompanies his “stern warning.”

Jesus is bothered, and we cannot run too quickly over this point. His willingness to address the man’s dire condition brings about a change in Jesus’ plans. It forces him to alter the path he will walk to do what he believes he has come to do.

We can reflect on this part of the story a little further. If we consider the Christian conviction that Jesus was more than just another healer but is God incarnate, where does this take us? Jesus’ encounter with the diseased man suggests that God cannot participate in flesh-and-blood existence without being affected by all the trials that come with it. God cannot remain unaffected by the human condition. God cannot dwell among festering sores, pain, poverty, exclusion, and oppression without those things taking their toll.

The human condition can be messy.

In God’s commitment to promoting human flourishing, God suffers some of the effects of human brokenness. In Jesus, God doesn’t just come near. God doesn’t just lend a hand. God experiences solidarity with those who suffer, taking their place. Lifting up the lowly takes effort, and it alters the trajectory of where Jesus is going.

The Problem with Safety Nets

Now, back to the idea of being concerned about the poor.

When Mitt Romeny recently said he isn’t “concerned about the very poor,” the wider context of his unfortunate remark drew attention to the idea of a “safety net” — government programs meant to assist the most needy. Instead of speculating about Romney’s empathy for poor people, we might do better to reconsider the notion of a “safety net.”

The safety net has become a familiar metaphor, used in various ways by liberals, moderates, and conservatives. As important as I believe government-funded programs for the poor are, I don’t like the metaphor. It introduces false assumptions into our understanding of how we address poverty, if it leads us to assume that alleviating poverty and suffering is largely about net-making, or about implementing (or defunding) policies that operate somewhere “out there” in society. Talking about nets — or the ridiculous notion of a trampoline for the poor — can imply that it’s all about positioning the right protective apparatus in the right place, and then leaving it alone. This kind of talk fails to appreciate the cost that is usually borne by any who choose to enter into places where human beings suffer.

It can be painful to catch someone who’s falling.

Similarly, when our society thinks about healthcare reform, we distort the issue if we speak about healthcare primarily as a commodity to be sold or a business that needs to be profitable. First and foremost, a society-wide outlook on healthcare requires us to consider what is entailed by a commitment to our neighbors. Such commitments usually come with a personal cost, as many who provide care to the broken understand very well. Concern for the other often asks us, as individuals and societies, to put aside other well-laid plans and commitments. This is why it’s so difficult for us to do.

My point isn’t to make this story from Mark’s Gospel into a call for a specific political position. Nor am I claiming that there are no limits to the political solutions a society can construct to care for its most vulnerable members.

Rather, I suggest that this story shows us Jesus rejecting a cold, strategic calculus about following the path he thinks is best for him. He puts at risk his plan for getting his message out and fulfilling his purpose. Jesus sacrifices those things, because in front of him stands a man who needs to be cleansed. And that man, at that moment, despite the inconvenience of it all, proves to be more important to Jesus.

If our society chooses, there are many among us who may be “made clean.”

If our society chooses to do so, it will require from us new ways of understanding what we’re here to accomplish together.

After suffering a layoff and searching for work for two years, a divorced 46-year-old father of three lands a job outside of Reading, Pa. The shift work is crucial for him to survive financially, but the hours required means he rarely sees his 16-year-old daughter. 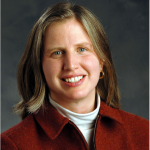 Isaiah 40:21-31: On Faith and Football
archives most recent
More from Beliefnet and our partners
previous posts