“Even youths will faint and be weary, and the young will fall exhausted; but those who wait for the LORD shall renew their strength, they shall mount up with wings like eagles, they shall run and not be weary, they shall walk and not faint” (Isaiah 40:30-31 NRSV).

Coincidence? God’s sense of humor? I don’t know, but I do know that this passage from Isaiah is a biblical text that every Christian athlete from high school to the NFL seems to know and hold dear. “Isaiah 40:31” is among the biblical citations that Tim Tebow emblazoned on his eye black during his days as quarterback for the Florida Gators. He chose that particular verse to wear in a game against Kentucky in September, 2009, while he was battling a respiratory illness.

Tim Tebow, star quarterback of the Denver Broncos, is well-known for publicly sharing his Christian faith. His life in the spotlight has provided him a platform to reach out to kids in need through his organization, the Tim Tebow Foundation. Dr. Eric Barreto shares how one Biblical verse, Isaiah 40:31, closely aligns with Tebow’s work to help struggling and sick children.

The subject of faith and sports is a particularly hot topic these days, fueled largely by Tebow’s outspoken evangelical Christian faith and his come-from-behind wins with the Denver Broncos this season.  Countless articles, tweets, and blogs have been written about Tebow and his blending of faith and football, many appreciative, some not.  Tebow’s practice of publically professing his faith in Jesus at every opportunity has made him a lightning rod for debate over the issue.

All of which leads me to ask the question: Is it appropriate for an athlete to claim Isaiah 40:31 (or any Scripture passage) as a personal promise of divine strength? More generally, does God care about football or any sport?

In a recent poll, 43% of respondents believe that Tebow’s successes are due at least in part to divine intervention. Such a belief is fueled by Tebow’s practice of dropping to one knee in prayer several times during a football game. But it’s worth noting that Tebow himself isn’t necessarily praying for victory. Instead, as revealed by an NFL microphone he wore during the Broncos’ Dec. 11 come-from-behind win over the Chicago Bears, he prays for protection for himself and the other players, and for strength to honor Jesus .

In the same vein, Tebow has made it clear in many interviews that football is not his first priority. He has a custom of hosting an injured or sick person, usually a child or youth, at each of his games. Through his foundation, Tebow pays for travel and lodging for the child and his or her family and gives them tickets to the Broncos game; he greets them right before kickoff and visits with them after the game is over.

After that improbable victory over the Bears in overtime, Tebow visited with Zac Taylor, a 9-year-old boy who lives with constant pain. Following the Broncos’ stunning overtime victory over the Steelers in the playoffs, Tebow visited with 16-year-old Bailey Knaub, a girl who has endured dozens of surgeries in her young life. And when the shoe was on the other foot, after the pummeling of the Broncos by the Patriots (45-10) in the next round of the playoffs, Tebow still visited with a young man named Zach McCloud, saying, ”I got to make a kid’s day and anytime you do that it’s more important than winning a game, so I’m proud of that.”

Win or lose, for Tebow the football game is not the ultimate goal: “The game doesn’t really matter. I mean, I’ll give 100 percent of my heart to win it, but in the end, the thing I most want to do is not win championships or make a lot of money, it’s to invest in people’s lives, to make a difference.”

Back to that Isaiah passage for a moment: It is worth noting that these beautiful promises of God’s strength were addressed first to a people in despair, the Jews in exile in Babylon, those who had seen their city and Temple destroyed by an invading army, those who were far from home with no hope of returning. These are those who feel abandoned and forgotten by God. Their weariness is not so much physical as it is spiritual. They are heartsick, hopeless, and sapped of strength.

The original recipients of the promises in Isaiah 40, in other words, have a lot more in common with the sick and injured kids in the Broncos’ stands than they do with the strong, fit players out on the turf. That’s not to say that the promises of Isaiah can’t speak to a Tim Tebow (they obviously can). But to the young man who’s lost his leg, or to the child who’s had more surgeries than she has candles on her birthday cake, these promises speak with a special poignancy:

Have you not known? Have you not heard? The LORD is the everlasting God, the Creator of the ends of the earth. He does not faint or grow weary; his understanding is unsearchable. He gives power to the faint, and strengthens the powerless. Even youths will faint and be weary, and the young will fall exhausted;but those who wait for the LORD shall renew their strength, they shall mount up with wings like eagles, they shall run and not be weary, they shall walk and not faint. (Isaiah 40:28-31 NRSV)

Does God care about who wins a football game? I doubt it. Does God care about the people playing the football game and those watching them? Yes, most certainly. The biblical witness tells us that God cares particularly about the poor and the vulnerable, those without hope. So while God may very well be with Tim Tebow out on the football field, God is most certainly with those sick and injured kids in the stands watching him. And to them and to those like them, God gives hope and encouragement, sometimes embodied in earnest and generous young men like Tim Tebow, sometimes embodied, by God’s grace, even in you and me. 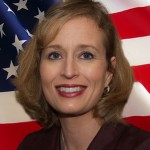 Mark 1:21-28: The Need for Authentic Leadership
archives most recent
More from Beliefnet and our partners
previous posts