By Luke A. Powery

This upcoming weekend leads into the day which celebrates the birthday of Dr. Martin Luther King, Jr.  Dr. King was a preacher, pastor, and civil rights activist. When people remember Dr. King, one of the first things they may think of is his “I Have a Dream” speech delivered before the Lincoln Memorial on August 28, 1963 for the March on Washington, D.C. for Civil Rights. He was a gifted orator rooted in the black church tradition. But he was so much more than an effective communicator. He had a deep concern for the racially and socioeconomically oppressed who suffered under the unjust hands of modern day pharaohs.

This concern led him to fight for human rights through nonviolent resistance. He fought for racial justice on behalf of those who were deemed non-human to such an extent that they could be fire hosed down like dogs in the streets by policemen. He fought for economic justice, working on behalf of the poor and died fighting on behalf of sanitation workers in Memphis, TN as part of the Poor People’s Campaign. He called for peace and an end to the Vietnam War. Dr. King was indeed a “drum major for justice.”[1] But what many tend to overlook is the spiritual foundation for that particular drumbeat.

King organized. King marched. King preached. King prayed. It is the latter that is not usually discussed when we talk about the legacy of Dr. King. But Dr. King reveals what the prophet Samuel affirms—prayerful listening leads to prophetic proclaiming.  King believed “that activism prefaced by prayer can be most effective.[2] In other words, personal spirituality grounds social transformation. The roots of social and civic engagement are listening skills. Before speaking into situations of injustice in the world, silence is required with an open ear to the One who loves the world.  God speaks but do we listen?

God speaks and calls Samuel four times, “Samuel! Samuel!” (vv.4, 6, 8, 10), but three of those times, Samuel thinks it is the elder priest, Eli, who is calling him. It is not until the fourth time, after Eli tells Samuel that it is God, that Samuel responds to the call with “Speak, for your servant is listening” (v.10).  At first, Samuel does not know God’s voice, but he soon realizes that God is the foundation of his future prophetic work. God speaks but do we listen?

Hearing God’s voice was critical for the prophetic witness of Dr. King. In January 1956, during the Montgomery bus boycott, he received a threatening phone call late at night. He couldn’t sleep. He went to his kitchen and took his “problem to God.” He was at a breaking point of exhaustion and about to give up. He spoke to God and says that he experienced the Divine and “could hear the quiet assurance of an inner voice, saying, ‘Stand up for righteousness, stand up for truth. God will be at your side forever.’” His fears and uncertainty ceased because God spoke and gave him “inner calm.[3] God provided the interior resources for him to do his social justice work. He needed God to speak first. Then he could act. He listened prayerfully then proclaimed prophetically.

King showed the interrelationship of prayer and protest continuously because as Lewis Baldwin notes in his book, Never To Leave Us Alone: The Prayer Life of Martin Luther King, Jr., prayer was vital to the civil rights movement to such an extent that it began and propelled the movement.[4] Civil activity began with the posture of listening. The prophet Samuel does not just tell God, “Speak,” but declares “your servant is listening” (v.10).

As a servant, an agent, of God in the world one follows the liberating agenda of God in society. Just as King recognized, God is the source and guide of just action in the world.  There are theological roots to sociopolitical activity. The two are not separated. As a public “servant” one does not just serve society but God.  In the case of Samuel, prophetic action is grounded in God’s voice and direction, not even in the wisdom of the veteran priest Eli, because we do not call ourselves, but God is the one who calls us to act on behalf of the least of these, just as God has done throughout history. Thus, to act justly in the world is to follow God’s ongoing activity in the world.  But to know what God is doing, one has to listen prayerfully. Subsequently, one may discover that civil disobedience and prophetic proclamation is rooted in theological obedience, prayerful listening to the call of a God of justice who says “let justice roll down like waters, and righteousness like an ever-flowing stream.”(Amos 5:24 NRSV)

God speaks. We serve. But the first task of a prophet is to listen. Prayer and protest are married yet this does not mean that one sits in a pew of passivity and does not act. The witness of Dr. King shows otherwise. Even Samuel reveals that prophetic proclamation follows prayerful listening. After he opens his ear to God, he receives his prophetic duty. What he is called to do is not easy. Samuel is called to speak during a time of change, turmoil, and impending war (3:11-20-4:1).  Samuel cannot lie down (vv.3, 5, 6, 9) forever but must get up and act upon what he has heard.  He has to “occupy” the prophetic role into which he is called.

There are many cries for sociopolitical transformation today—the Arab Spring, the nonviolent Occupy movement across the world to fight against economic and social inequality, and now some church leaders want to Occupy the Dream and act in accordance with King’s philosophy.  There are many views in the court of public opinion about these movements but one thing is pretty clear—“a change is gonna come” just as new leadership came in the form of Samuel who replaced Eli.  Something new is beginning, marking the end of an old way.

It’s not yet clear what it will look like in the future. It’s hard to see like Eli (v.2). Our day may even be like Samuel’s—“the word of the Lord was rare in those days; [just] visions were not widespread” (v.1). This may be the case because everyone is still doing what is right in their own eyes (Judges 21:25 NRSV) and no one bothers to listen to God first.

The prophetic legacy of Dr. King in the mode of Samuel teaches us to do otherwise. This muted aspect of King’s legacy points to the Power behind his words and work. It points to prayer. It’s not a coincidence that King regularly took a “Day of Silence” to pray, plan, and listen.[5] Listening was his lifeline. It was a critical part of his prophetic witness. In fact, it was the beginning of it as was the case with Samuel. King took time to listen in order to do God’s work of love, mercy, and justice in the world. The Martin Luther King, Jr. National Memorial is now built in solid stone but one of the best living memorials to King may actually come in the form of an open ear turned to God so when God calls, we can answer “your servant is listening.”

[4] Baldwin, 68.   See Chapter 5 for the various ways prayer and its numerous forms were infused into the civil rights movement. 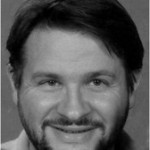 Mark 1:4 – 11: Does Baptism Make for Better Presidents?
archives most recent
More from Beliefnet and our partners
previous posts