Like other prophets before him, Jeremiah has spent ample shrill time and energy on the claim that Israel has systematically and long-term violated the covenant agreement of Mt. Sinai. They have violated the Ten Commandments of Sinai by economic policies that abused the poor, by foreign policy that depended on arms, by theological practice that offended God, and by illusions of privilege before God. Such violation brings with it, so say these poets, severe sanctions, culminating in the destruction of Jerusalem and the deportation of its leading residents.

A while ago the great sociologist, Robert Bellah, penned a book entitled, The Broken Covenant (Seabury Press, 1975), in which he contended that US society had violated its own resolve about being a democratic society committed to justice and to the general welfare. Thus Bellah’s theme of broken covenant pertained to US society that echoed that of the ancient prophets. There is no doubt that Occupy Wall Street is a vivid and unmistakable instance of a broken social covenant whereby too many are shut out of the economic covenant that makes society possible and workable.

But now in the book of Jeremiah, in the wake of brokenness and its resultant shame, defeat, and anxiety, Jeremiah asserts God’s resolve to renew the covenant that has been broken by ancient Israel (Jeremiah 31:31-34). It will be a renewed covenant, but one that stands in continuity with that of Sinai. What guarantees continuity from old broken covenant to new covenant is that both feature Torah; both line out the mutual fidelity of God and Israel by instruction and guidance for obedience (commandments) that put Israel under obligation to God. The difference is that this time Israel will have a ready inclination to obey as it did not have in its ancient recalcitrance; the covenant now will be a glad practice of mutual fidelity. This will be for Israel a genuine starting over!

The ground for such starting over is to be found, singularly, in God’s ready resolve to begin anew. God, says Jeremiah, is ready to forgive and to forget, so that the renewed relationship is one of generosity and grace on God’s part.

We may consider this newness grounded in divine generosity in four ways.

First, the divine promise of new covenanting pertains to the Jews in sixth-century exile. God here resolves to restore relationship with deported Jews, most likely those in Babylon. This new resolve of God involved homecoming the deportees to Jerusalem and resulted in the formation of Judaism as an outgrowth of the faith of ancient Israel. Because of God’s readiness, Israel begins again!

Second, there is no doubt that the notion of new covenant resonated with the early Christians who wanted to articulate the newness of God that they discerned in Jesus of Nazareth, but to do so in the categories of the Old Testament. The matter was made easy (and complex) by the translation of “new covenant” into “New Testament,” so that the term provided an easy claim for Christians. As reflected in Hebrew 8:8-12 where the oracle of Jeremiah is quoted in full, the claim is that in Jesus Christ God has made a new beginning. Although this usage readily turned toward supersessionism that is not at all implied in the text of Jeremiah itself.

Third, we read this text on Reformation Sunday, I assume because the great theological insight of Martin Luther who triggered the Reformation is that God’s gracious generosity permits forgiveness and reconciliation, even for those who do not merit such grace. This conviction became the organizing passion of the Reformation in the sixteenth century. Thus God’s announcement of “forgiving and forgetting” in Jeremiah is made into a deep theological claim by Luther that pertains well beyond the Jewish crisis of the sixth century BCE; it now becomes a defining affirmation for all the truth of the Gospel.

While Luther’s great insight created acrimony and misunderstanding between the Reformers and the Roman Church for a very long time, the recent happy outcome is that we now have a new common formulation entitled “The Joint Declaration on the Doctrine of Justification.”

Lutheran and Roman Catholic theologians have come to agreement on the vexed subject of divine grace. Even that belated agreement builds from the staggering readiness of God to forgive, a claim grounded in the oracle of Jeremiah.

Fourth, beyond the claims of ancient Judaism, the early church, and the sixteenth-century church dispute, we may press finally to ask, a-la Robert Bellah, what a renewed covenant in our society would look like and how it would be undertaken. The two ingredients for such renewal are a capacity for “forgiving and forgetting,” and a new readiness to obey “the Torah” that is implicit in the founding vision of the United States.

When we think about “forgive and forget” in our society, such an option contradicts the seething rage that is everywhere voiced and acted out among us, in which nothing is ever forgiven and nothing is ever forgotten. Thus the great sin of slavery, the remembered affront of the Civil War, and the remembered contestation of the Viet Nam War are among the most visible points that continue to evoke rage, hostility, and sometimes violence. One sometimes even wonders if there is an unresolved “gene” of violence and revenge among us that precludes “beginning again.” Such a civic act of graciousness is rooted, if at all, in the truth of God’s generosity that pushes beneath and beyond our committed thirst for retaliation. One could imagine that God could forgive, as Jeremiah says, so that forgiveness of social-national proportion might be thinkable.

But the other dimension of renewed covenant is a readiness for covenantal Torah obedience, and that would require articulation of what the “commandments” of a civic US society might be, exactly what Bellah has in mind. Surely such mandates revolve, as they did in ancient Israel, around “love of neighbor” that has all kinds of political and socio-economic dimensions. Thus, if we carry the Jeremiah oracle toward our common civic life, the mandate that may arise from God’s ready is an invitation to a deep breath and a fresh generosity, and a move beyond petty and deep resentment toward embrace of the other. One might judge that the Tea Party Movement, under the flag of “smaller government,” is simply an advocacy of selfishness among those who do not want to share with others. The same folk who now have such adrenalin for small government have not heretofore protested government expenditure until the current need to cut the pie of well-being in order to include more folk who are in need.

This passage is pivotal for both Judaism and Christianity. The unspoken negative counterpoint is worth pondering. Where there is no forgiveness and no forgetting, society is fated to replay forever the same old hostilities, resentments, and alienations. What forgiveness accomplishes, human as well as divine, is to break the vicious cycles of such deathly repetition. For now in our society, it seems we prefer that terrible repetition, unbearable as it is. But the text from Jeremiah continues to sound. It attests to us that it need not be so. It could be that the oracle of newness invites a fresh pondering of generous forgiveness and fresh summons to the “better angels” of the common good. It was only a remnant that received the chance for newness in ancient Israel. But it was a remnant significant enough to reorder social reality. The oracle continues to bid for a remnant with such a resolve. It is a bid that invites beyond “fate” to possibility. 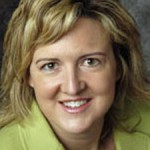 Matthew 22:34-46: On Loving God, Loving Neighbor and #OWS
archives most recent
More from Beliefnet and our partners
previous posts