This week’s text, Joshua 24: 1-3a, 14-25, features a great dramatic meeting as the culmination of arriving in the land of promise. The Bible thus far has traced the journey of Israel from slavery in Egypt through the wilderness (via Sinai) to the land of promise. The Book of Joshua, in violent detail, has chronicled the way in which the land given by God has been taken by Israel. And now there are decisions to be made of life-or-death proportion concerning life in the new land.

The lead character, Joshua, is successor to Moses, that fierce teacher who has confronted Israel with a huge either-or (Deuteronomy 30:15-20). And now Joshua, in new circumstance, reiterates the choice for life or death that Israel must make yet again. The first verses of our reading remember the gift of the land promised to “our ancestors” back in the book of Genesis. That land, as Moses had insisted, was a venue filled with seduction and danger for Israel (see Deuteronomy 6:10-15; 8:7-20). Because it is a land of extravagant abundance, it may seduce Israel into amnesia about its true character and mandate as the people of YHWH. Israel may be tempted to embrace the alternative gods that occupy the good land. The text revolves around the shrewd, ironic awareness that the good land is a seductive land in which crucial choices must be made.

Joshua attests to his community that he and his household have chosen covenantal life with YHWH, the God who has given both the land and the commandments of Sinai. But he fully recognizes that other choices are available, other gods and other ways of life. And a decision must be made! Israel, and the church, must decide again and again about identity, about defining passions and loyalties. And beyond religious community, the civic community continually needs to decide again what kind of society it intends to be. This decision may be made in a formal ceremonial way, thus we have frequently reiterated patriotic occasions. But more powerfully, these decisions are made by public action, by policy formation, by budget priorities, and by the shape and nature of the infrastructure of the community.

Joshua receives a positive response from his community. They are ready to make the same choice that Joshua has made. They know the recital of YHWH’s good deeds of protection, guidance, and nurture. Joshua, however, suspects that they are glib in their pledge to the God of the covenant. He warns them that a decision for YHWH is not that easy, and cannot be made on the surface. Because this God does not want causal, verbal pledges.

What this God requires is a life-commitment that will impinge upon every dimension of public life…social, political, and economic. This God, so says Joshua, is uncompromising. With YHWH it is “all or nothing,” no casual allowance for accommodation. What is at issue is a jealous God who is committed to neighborly justice and the organization of the economy for the sake of the weak and vulnerable (thus the testimony of the book of Deuteronomy that stands behind this narrative chapter). But the other gods, the totems of agricultural self-sufficiency, do not require such neighborly passion. The either/or that Joshua presents has immediate practical social consequences. A decision for YHWH entails socio-economic justice. A decision for the “other gods” leads inevitably to socio-economic exploitation, the accumulation of wealth at the expense of neighbors. Such a “religion” without commitment to social justice will eventuate in communities of economic failure, such as we now witness in Reading.

Joshua understood very well that a “choice of god” entails a decision about political economy as well. Thus Joshua suspects that his contemporaries want to have it both ways (“God and mammon;” see Matthew 6:24!), in order to enjoy YHWH’s promises while at the same time accepting the self-serving gifts of the Canaanite gods. As a result Joshua rejects their first pledge of loyalty to YHWH. But they come back at him with resolve, “No, we really mean it.” Only after abrasive negotiation is covenant made. The ceremony at Shechem is a reperformance of the covenant-making of Mt. Sinai. The new generation has decided yet again to live its life with this God of covenant.

The text strikes us as pertinent as we face a new redeciding in our society about what kind of community we want to be. Our decision has old roots in covenantal neighborliness that anticipates, as we say in the flag pledge, “justice for all.” But that same pledge also says, “Liberty for all.” And now a privatized “liberty” is in conflict with a socialized sense of justice. That issue, moreover, goes very deep in terms of policy and budget.

This text is before us as we, like the ancients, enter “a new land,” a “land of opportunity.” The new land (new landscape!) is very different from our old, taken-for-granted life. We are well beyond the agricultural-industrial world and are now in the information age with boundless electronic opportunities for all kinds of ventures that summon us.  Our new venue for faith is a changed world where US power and finance will no longer be dominant. The new venue is of a “mixed population” of many languages, ethnic groups, and religious orientations that some see as threats and rivals. Indeed, our new venue for faith is a reality as new as was the new venue of Joshua.

In that new venue of “otherness,” contemporary as ancient, the text invites decision. It is news indeed that decisions can be made. It is easier to imagine that we are fated, that the die is cast; we may then be resigned in despair or cynicism, or we may be fancifully buoyant about new chances. But the choices before us are more open than either despair or cynicism and more demanding than greedy buoyancy.

What is before us in our society, as it was before Joshua and his companions, is a life-or-death decision about God and neighbor. The God-decision is a recognition that we are not autonomous to do whatever we may want to do. The God of covenant is no therapeutic push-over who benignly accepts selfish anti-neighborliness and the cheapening of the human fabric. The neighbor-decision is an awareness that the ones unlike us merit, because they are present, inclusion in the goodies of the community, so that we are not free to engage in private greed and acquisitiveness.

It is no wonder that Joshua was hard-nosed with his community. The choices to be made are costly and demanding. But Joshua knew that default on such decisions does not make them go away, because God is not so easily expelled from our common life. To disregard of such decisions is to make bad choices that lead to big trouble. As the folk around Joshua attested, “We are witnesses!” 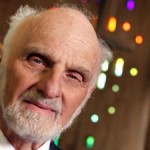 Jeremiah 31:31-34: The Oracle of Newness
archives most recent
More from Beliefnet and our partners
previous posts