What is the text for this Sunday, September 11?  The minister may read a text from the Bible but many people will be hearing other texts that aren’t in the book: the reading of names, the melancholy drone of bagpipes, a final goodbye left on an answering machine. Some of us may return to scripture verses read ten years ago – Lamentations’ poignant picture of the lonely city that once was full of people or the psalmist’s assurance: “God is in the midst of the city; it shall not be moved.” Many of us who live in New York City found the psalmist’s promise difficult to believe then, perhaps even now.

Yet there are texts for this Sunday, read in churches that follow a pattern of readings. In congregations across the country, people will hear the powerful story of the Israelites crossing the sea (Exodus 14: 19 – 31). How will this text sound alongside the other texts of 9/ll? This story is well known. Even if you’ve never read the book, you’ve probably seen the movie. At least once a year The Ten Commandments returns to television and Charlton Heston waves his staff over the sea. Miraculously, the waters are swept aside, leaving a dry roadway for the former slaves to walk across in safety. Pharaoh’s chariots pursue them but Moses raises his staff again and the waters crash back covering the chariots and the chariot drivers: “and Israel saw the Egyptians dead on the seashore.” Why couldn’t the Exodus story have ended earlier?  Perhaps a few verses back when the Egyptians said to one another, “Let us flee from the Israelites, for the Lord is fighting for them against Egypt.” Wouldn’t that have been enough? The army was retreating. The Egyptian soldiers acknowledged the power of God and the Israelites were safe on the far side of the sea. Did the Egyptians have to be drowned? Did we have to see their bodies dead on the seashore?

Maybe you know what comes next: Moses and the Israelites sing a joyous victory song. We sang the song at church camp – not Moses’ long oratorio (Ex. 15: 1-18) but his sister Miriam’s shorter version: “I will sing unto the Lord for he has triumphed gloriously, the horse and rider thrown into the sea.” (Ex. 15: 21) The song had three different parts which were sung all at the same time — and we sang each part with gusto. If we had tambourines we would have joined Miriam and the women in their dancing.

But does God want such songs?
Long after the sea was crossed and the singing died out, the rabbis struggled with this story. Did the people walk into the sea or wait until the sea retreated? Did God part the sea only after the people showed their faithfulness by stepping into the water? To answer such questions the sages developed the art of midrash– stories to fill in the gaps, to deal with contradictions and confusion. In one story from the Babylonian Talmud angels were watching as the sea covered the Egyptians: “In that instant the ministering angels wished to utter song before the Holy One, but He rebuked them, saying, ‘The works of My hands are drowning in the sea, and you would utter song in My presence.!'” [1] A rabbi friend told me that over the years this midrash has been retold with God rebuking not only the angels, but the Israelites themselves.

Watch the Video: 9/11 the Conversation we never had

As we approach the 10-year anniversary of 9/11, faith leaders reflect on the challenge of living with the deep ideological and religious differences that persist in our multi-denomination society. “You can’t have healing unless you have dialogue and unless you have engagement,” says Bishop John Bryson Chane, an Episcopal Bishop of Washington, D.C.

The midrash didn’t erase the text for a midrash never does that. Nor did the midrash ease the tension. How could God chastise the angels when God caused the drowning? The text was not erased, but a new word was spoken. The sages remembered other strands of Torah which called God’s people to care for strangers and foreigners, exiles and wanderers. If God is the God of the stranger and the alien, why would God delight in foreigners – even enemies — drowning?  Biblical scholar John Collins puts it this way: “The Bible does not demystify or demythologize itself. But neither does it claim that the stories it tells are paradigms for human action in all times and places.”[2] Delighting in the death of enemies is not a paradigm for every generation. The rabbis found a way to live with the tension: to hear the text of Exodus, yet also to hear God chastising the angels for singing songs of victory.

We haven’t had any clear victories to sing about since September 11, 2001. The wars in Afghanistan and Iraq were ambiguous from the start and drag on to this day. Thousands have been killed, both soldiers and civilians. While many cheered the death of Osama bin Laden, his death has not turned sorrow into joy or filled an empty place at the table. What song shall we sing now?

Ten years ago two women found each other and began to sing through their sorrow. Susan Retik and Patti Quigley lost their husbands that terrible day. Both were pregnant with babies their fathers would never see. They had never expected to be pregnant widows yet it was that terrible reality that connected them with widows in the nation we had named our enemy. These two American women started an organization called “Beyond the 11th” dedicated to helping Afghan women who were widows like themselves. As of last year they had helped more than 1,000 Afghan widows start businesses to support their families. All the work done by this organization over nine years has cost less than keeping one U.S. soldier in Afghanistan for eight months. (Nicholas Kristof, The New York Times, Sept. 10, 2010, A31). These two women sang a song not of revenge or retribution, but of new life and connection. Who knows what might be different if we had joined their singing? Perhaps the very notion is naïve. Is it any more naïve than assuming we would win the war in Afghanistan?

What song shall we now sing? Ten years ago we sang “God, Bless America” as a fervent prayer out of our fear and brokenness. As weeks passed the tempo became more like a march sung in theseventh inning stretch at ballgames. As a prayer the song sings of deep gratitude for our country “from the mountains to the prairies to the oceans decked with foam.” But when the song becomes a prayer for our country alone, we need a midrash to remind us of the breadth of God’s love beyond our borders.  If we lack the wisdom of the sages, let us at least join in singing a second verse to the song:

[1] Cited in The Book of Legends: Sefer Ha-Aggadah, Legends from the Talmud and Midrash edited by Hayim Nahman Bialik and Yehoshua Hana Ravnitzky, translated by William G. Braude (New York: Schocken Books, 1992) 73. Footnote #11 gives the source as B. Sanhedrin 39b 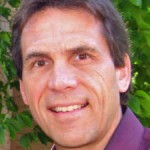 Matthew 18:15-20: Insiders and Outsiders
archives most recent
More from Beliefnet and our partners
previous posts