Matthew 18:15-20is an insider’s text for outsiders. From Matthew’s perspective, Jesus is both warning and assuring those inside the young Christian church. It is a church, however, whose members stand outside the main streams of both religious and civil practice.

For Christians today reading it as insiders, the text may evoke nods of approval at some memorable statements by Jesus. Start poking around a bit, though, and a host of questions arises. Who exactly is “your brother”? Who decides what constitutes sinning? Isn’t it rather racist to use the designation of “Gentile” in such a derogatory manner? Why does Jesus pick on tax collectors? Where is the unconditional love of Jesus if people are being excluded and shunned? What precisely does it mean for Jesus to be among those gathered in his name? Good questions.

So, nearly 2000 years later, whether Christian or not, we approach this text as outsiders. How do we make sense of it? Some background will help. One good possibility for the setting of this gospel was Antioch of Syria, now located in Turkey near the modern border of Syria. There was a significant Jewish community there in the latter half of the first century, but they likely endured regular hostilities experienced along with other Jews throughout the Roman Empire. After the destruction of the Jerusalem Temple in 70 CE, Jews struggled to define themselves. This task was complicated by the growing presence of a Jewish group who were called “Christians.” They were followers of Jesus, a Galilean Jew who had been crucified by Rome decades earlier but was now hailed by them as the risen Messiah fulfilling Israel’s long-awaited hopes.

This group of Christians faced even greater struggles with their own identity. They claimed their Jewish heritage, but they were finding it difficult to practice their convictions in the Jewish synagogues. From a Gentile and Roman perspective, however, they were regarded with suspicion as promoters of some kind of new and potentially dangerous superstition. These outsiders to society had started meeting in their own assemblies (to become known as “churches”) in tension with both Jewish synagogues and pagan temples.

For such a group to survive, strong boundaries would be needed. Members understood themselves to have become aligned with a new family. They were brothers and sisters, defined not by race or nationality but by allegiance to Jesus. This reality is reflected in Matthew’s gospel. He also is aware, however, that some members must have been tempted to return to the familiarity of their former ways or sought to compromise their practices so that they could fit in better with the rest of the culture. For Matthew, this was sinning, and such persons were wolves in sheep’s clothing (7:15), hearers but not doers (7:24-27), bad fish among the good (13:47-50), weeds among the wheat (13:24-30), hypocrites (24:51), and worthless slaves (25:30). For Matthew, these persons were no better than Gentiles who by birth had been born outside of God’s promises to Israel and tax collectors who by choice had aligned themselves with the Roman oppressors. For Matthew, the ways were clear: either you were a committed insider among this group of outsider followers of Jesus, or you could go to “the outer darkness where there will be weeping and gnashing of teeth.”

That sounds awfully brutal, but Matthew is certainly not the only one ready to expel the sinners. It’s not simply a matter of religious zeal. Today, you are potentially risking your life just by cheering for the wrong sports team. Internet anonymity has made it possible to spew the worst kinds of vile against anyone with whom you disagree, but even supposedly civil town hall meetings have become contentious free-for-alls. On a larger scale, history is littered with the remains of clashes between insiders and outsiders, natives and (illegal) aliens. Clever leaders have always known how to manipulate support by defining ‘good us’ over against ‘evil them.’ In politics, compromise has become a sign of weakness, and cooperation is a liability for which you may be targeted. (How’s that budget thingy working out?) It seems that it is no longer sufficient to be in basic agreement on principles. Now people are being measured by the passion of their allegiance and the purity of their convictions.

Watch the Video: Defending his Faith: President Obama and the Politics of Religion

Americans prefer that politicians be guided by faith, or some kind of moral compass, polls have shown. As Republican candidates continue to jump into the 2012 race for the presidency, and, in several cases, highlight their faith, the spotlight will ultimately turn to President Obama. Since he entered the national stage, our 44th president’s personal religious affiliation has been a flash point, and, many say, misconstrued, but is ultimately important to the electorate, says Prof. Randall Balmer of Barnard College and Columbia University. “I think the arena of public discourse would be impoverished without voices of faith,” Balmer says. Learn more about Randall Balmer here.

It’s a particularly difficult matter for politicians in the United States who must be religious enough, firm enough in their political positions, and still get enough votes to be elected. Regardless, there are going to be “questions,” some fair and some unfair. Is President Obama Christian or Muslim? Is Michelle Bachmann anti-Roman Catholic? Are the Mormon GOP presidential candidates Christian at all?

So, does this text inevitably create division and antagonism? Insiders and outsiders? Is Matthew’s portrayal of Jesus simply helpful or inspiring because we ________ (fill in the blank with your preferred flavor of Christianity) like to think it has located us on God’s side, on the right side?

Look at the Matthew 18:15-20 text again. There is indeed a sense that you will know a sin when you see it, but verses 15 and 16 start by laying out a path to reconciliation not condemnation. There is even the good strategy of starting the process privately and in person, and then, if needed, bringing in others to assure integrity to that process. The real problem in this text is verse 17: “If the [sinning] member refuses to listen to them, tell it to the church; and if the offender refuses to listen even to the church, let such a one be to you as a Gentile and a tax collector.” (NRSV) I’ve indicated above why these epithets are perceived so negatively, but here is where it also gets interesting. Matthew, who is so concerned about the purity and faithfulness of Christian life within the believing community, is no less concerned about Christian mission outside the community. In Jesus’ day, it was a mission that featured the inclusion of tax collectors, including one named Matthew. (9:10-13) In Matthew’s day, it was a mission that specifically extended to Gentiles and all nations, most famously expressed in Jesus’ closing farewell, “Go therefore and make disciples of all nations.” (28:19)

The translation of verse 17 quoted above is accurate, but Eugene H. Peterson in The Message has expressed a deeper truth in the text. “If [the sinning fellow believer] still won’t listen, tell the church. If he won’t listen to the church, you’ll have to start over from scratch, confront him with the need for repentance, and offer again God’s forgiving love.” [my emphasis] Peterson’s rendering doesn’t deny the reality of sin or minimize the differences we actually have. Peterson does remind Christians, however, that our core principle is unity based on God’s love, not exclusion based on someone else’s sin.

In that light, I have to take the last verse of today’s text as a word of hope when Jesus says, “Where two or three are gathered in my name, I am there among them.” (Matthew 18:20 NRSV) When I am inside the church, I believe Jesus is present among us. When I am outside the church, perhaps with a group of two or three or more, I hope, for the sake of our own well-being and that of the church and country and world, that we can begin with at least a sense of commonality based on love. It might be the first step for us all to move into a more peaceable and just world. 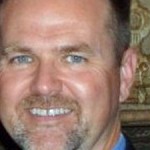 Matthew 16:21-28: Jesus Has No Part-Time
archives most recent
More from Beliefnet and our partners
previous posts