The Buddha at Work – “Beans, Beans, the Musical Fruit”

There’s a tradition in Mali and Senegal called “joking cousins,” or cousinage. Certain ethnic groups are considered cousins of each other, and as cousins, they’re expected to make fun of one another. Here’s an example from an Utne Reader article set in Senegal, that rings pretty accurate, with the author bargaining to buy peanuts.

My Wolof was not native enough to avoid being quoted the toubab, or foreigner, price. I decided to bargain Senegalese style: taking my time with small talk. I asked about her family, if she felt at peace, and we both praised God. Eventually, I asked how much the peanuts cost.

She asked my Senegalese name.

“Kuumba N’dour,” I replied. By sharing my adopted last name, I was revealing that I belonged to the Sereer, one of dozens of ethnic groups in Senegal. If she were also Sereer, I would have no problem negotiating.

“What a terrible name,” she said. “You must be very stupid.”

Without flinching, I asked her name.

She was Joola. In fact, the Joola are considered cousins of the Sereer.

“Joola?” I asked, raising an eyebrow. “You are selfish and love to eat rice, you pig. Begg nga cebb.”

The vendors on either side of her burst out laughing.

The peanut vendor had not smiled once. The neem stick dangled out of her mouth.

said, pointing at me. “You are my slave and I know you spend all day eating peanuts.” At this point, the growing crowd erupted in laughter. The woman smiled, and with relief, I started laughing too.

As members of cousin ethnic groups, we were “joking cousins.” Whenever we meet, as a sign of friendliness, we insult each other without hesitation. Every ethnic group in Senegal has at least one joking cousin, so an encounter is rare enough to be a delight but common enough to be protocol.

Once everyone surrounding us settled down, she sold me the peanuts for half the original asking price.

When
I was in Mali recently I was frequently asked for my Malian name; I was gi 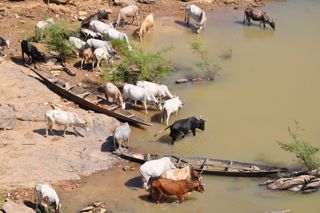 ven one my first day there by a school headmaster: Jafar Dikou. But introducing myself as a Dikou inevitably brought snickers and conversation in Bambara. I’d smile and ask in my high school French, est-ce qu’il y a un problem avec mon nom?

The explanation would come: they were going to hide their cows, which I was sure to steal, and their beans, which I was sure to eat, producing much flatulence. To which I could only reply, il n’y a pas assez d’haricots dans le monde pour toi. There aren’t enough beans in the world for you. Right back atcha, baby!
Aside from the question of whether fart jokes are funny–they always are–I was struck by this custom, and how humor is such a great icebreaker. Jokes aren’t just tolerated, they’re expected. Malians regularly call each other toads, slaves, and donkeys. Legend tells of Mali’s president appearing at a conference in Washington, DC, and being called a bean-eater by an audience member.
What, might you ask, does this have to do with the Buddha, and what does it have to do with the workplace?
I offer that when you’re laughing, it’s hard to be angry, and when you’re laughing with someone else, you’re connected to them. Instantly. Divisions disappear; the Malians talk about how Coulibalys are one thing and the Traores are another, but joking cousins help each other automatically, like any family would. One Save the Children staffer told me about a friend who went to a government office to pay a fee but didn’t have enough money. No problem, though–the clerk was a joking cousin, and after some good-natured humor, paid the difference for her. It would have been an insult to refuse or even to pay it back.
Yongey Mingyur Rinpoche says, in Joyful Wisdom, that we all experience what he calls Buddha Nature Blockers, that “lock us into a limited and limiting view of ourselves, others,
and the world around us…. that inhibit us from experiencing our lives
with a deep awareness of freedom, clarity, wisdom, and wonder that
transcends the conventional psychotherapeutic model of simply becoming
okay, well-adjusted, or normal.” These blockers keep us from experiencing our inherent Buddha nature, which consists of “boundless wisdom… infinite capability… and
immeasurable loving-kindness and compassion–a limitless sense of
relatedness to all creatures, an open-heartedness toward others that
serves as a motivation to create the conditions that enable all beings
to flourish.”
So while we are laughing at each other, we find ourselves open-hearted and related to others, and any inclination we have to fight or argue dissipates. We’re immediately connected to others through our shared human experience.
When this happens consistently, when we’re able to bring a sense of lightheartedness and connection to our lives, to our workplace, we can find ourselves happier, less judgmental, more compassionate, and generally kinder.
H. H. The Dalai Lama seems to laugh a lot. For a guy with so much responsibility, so much on his shoulders, he seems to be having a pretty good time, and he sure gets a lot done in a day! I suggest that we follow his lead and the lead of the Malians. Find a way to laugh in the workplace. Make it your goal to make other people smile. It’ll go a long way to eliminating the tension we so often experience in the workplace, and we’ll have a lot more fun. And perhaps along the way, we’ll catch a glimpse of our own inherent, boundless Buddha nature. 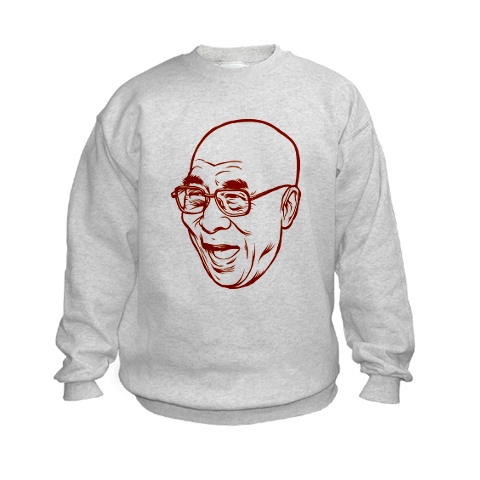 Pat Robertson's Comments, The Earthquake in Haiti and Karma
archives most recent
More from Beliefnet and our partners
previous posts