Buddhism and activism: How would Sid produce social change?

Before Siddhartha Gautama attained enlightenment at age 35 he was a
confused twenty and thirty-something looking to learn how to live a
spiritual life. He had an overbearing dad, expectations for what he was
supposed to do
with his life, drinks were flowing, lutes were playing, and the
women were all about him. Some called him L.L. Cool S. I imagine
close friends just referred to him as Sid.

Many people look to Siddhartha as an example of someone who attained nirvana, a buddha. But here we look at a younger Sid
as a confused guy struggling with his daily life. What would he do as a
young person trying to find love, cheap drinks, and fun in a city like
New York? How would he combine Buddhism and dating? We all make mistakes on our spiritual journey; here is where
they’re discussed.

—————————————————————————————————————————————
Sometimes
working toward better democracy through mainstream routes like lobbying
and, uh, voting seems not only possible but exciting and empowering to
me. Other times, though, I can see the appeal of splitting off from
society, hopping trains, healing my friends with flower essences, and
reading anti-government graphic novels late into the night with my
headlamp. I exaggerate, but I am wondering- how would Sid make social change?
– Sarah

In some sense Sid was the greatest social activist of his time. He broke away from a normative lifestyle and pursued a path that took him to a point where if he were to share his wisdom with others he would be going against the cultural and political norms of the time. It’s said that when he finally took sustenance after a long period of self-induced starvation he threw his bowl into the river and, instead of going downstream, it skipped against the current. This has often been used as an analogy for how the Buddha’s teachings have been counter-culture from day one.

As Walpola Rahula said in 1978, “Buddhism arose in India as a spiritual force against social
injustices, against degrading superstitious rites, ceremonies and
sacrifices; it denounced the tyranny of the caste system and advocated
the equality of all men; it emancipated woman and gave her complete
spiritual freedom.” Buddhism itself has served as a catalyst for great social transformation.

Granted, Sid could have had a pretty profound effect on the local level without becoming a Buddha. Had he stayed at the palace he would have inherited his father’s fiefdom and ruled with the wisdom he developed over time. However, that didn’t appeal to him.

He instead realized that he had to work with his own mind before he could help others in a real way. If we want to produce social change we too have to follow his lead and curb our prejudices, our aggression, and our desire to promote our ego before we can be confident that what we are doing will produce positive reactions in the world around us. So I think Sid would consider step one in taking social action as working with our own mind through the practice of meditation.

Through meditation practice we slowly see how we create confusion and are less likely to cause harm. If we rush out into the world promoting how “I” think things ought to be done then we’re likely to run into a bunch of other capital I egos who have contradictory opinions and clash with them. If we walk into the world without prejudice and are willing to be with situations as they arise we are more likely to work with others without causing harm.

There are a number of Buddhist organizations devoted to social change, such as the Buddhist Peace Fellowship. There are other resources focused on considering your career as an opportunity to produce social change. One of those is Dharma Doctors, a collection of resources for medical professionals. Still, some may say it’s a cop out to downplay the role that non-violent protest has in social action in lieu of promoting petitions and Right Livelihood.

There is nothing wrong with making your voice heard about matters you believe in. However, it’s hard to do that in protests without being aggressive. As a beginning practitioner I thought Buddhism and protests went hand-in-hand. In the midst of a large take-the-streets-and-storm-the-senator’s-office sort of protest I saw a man resist arrest. This sixty year old man was pushed to the ground, kicked, and pepper sprayed. I don’t remember much about that day but I remember pushing through police lines to try and help. I remember it in slow motion and the sheer anger and fear on the police officer’s face as he unleashed a can of pepper spray in mine. I was subsequently arrested. It became a very large ordeal.

What I learned though was that what I thought was helping was actually creating more confusion. I was angry at the actions happening abroad. The police were scared and angry that a protest was out of their control. Neither of us were heroes that day; we were just perpetuating aggression. So I tend to steer clear of potentially violent protests myself. In order to produce social change I’m sure Sid would encourage us to have compassion and understanding for those we find ourselves at odds with. They want to be happy, just like us. We don’t need to go on a hunger strike to make them see a new point of view; we just have to talk to them in an open and kind way.

While it is fine to get involved in the political process or to engage in non-violent protests I think Sid would also say that anything to do with other people can be considered
social action. Once he was enlightened the Buddha used his influence to share teachings on compassion with others. He returned to kingdoms not to rule but to share his knowledge. He influenced many political rulers in positive ways, leading them to rule successfully. We may not have access to kings (yet) but we can share our heart with our family, our friends, and our co-workers. Even a kind gesture can go a long way.

When we keep our heart open and available, practice mindfulness with the aspiration to create no harm, and hold compassion for others we are truly living like Sid. I am sure he would agree with Gandhi that the best social change comes when you are “the change you want to see in the world.” 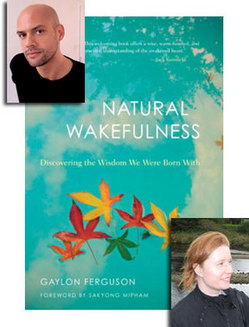