What would Sid do? Leopards, garudas, and players oh my! 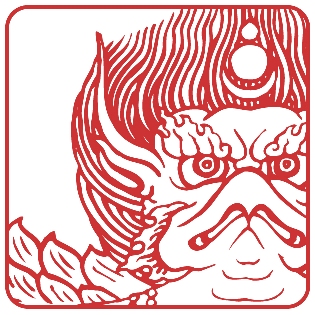 Out of all the dignities the Garuda was known as the close-talker.

Before Siddhartha Gautama attained enlightenment at age 35 he was a
confused twenty and thirty-something looking to learn how to live a
spiritual life. He had an overbearing dad, expectations for what he was
supposed to do
with his life, drinks were flowing, lutes were playing, and the
women were all about him. Some called him L.L. Cool S. I imagine
close friends just referred to him as Sid.

Many people look to Siddhartha as an example of someone who attained nirvana, a buddha. But here we look at a younger Sid
as a confused guy struggling with his daily life. What would he do as a
young person trying to find love, cheap drinks, and fun in a city like
New York? We all make mistakes on our spiritual journey; here is where
they’re discussed.

Have a question for this weekly column? E-mail it here and I’ll probably get to it!

The highs are dizzying. I’m having trouble dealing with the lows
and the disappearances and feeling that I’m not of high enough
“consciousness” to handle it. I’ve been told I’m too sensitive or
tender-hearted. I don’t want to have to play the “mystery’ game.” – Anonymous

Let’s start with the obvious opener: you’ve got a former player on your hands. I’m all for leopards changing their spots so maybe he’s changed. At the same time it seems like he may have changed some spots but not figured out how to shape them into tiger stripes. In other words, he may not be interested in being a player but if he is playing a “mystery game” then he doesn’t yet know how to be a boyfriend.

I can’t advise anyone to go out and try and change their romantic interest. People have to want to change. It sounds like this guy is happy with who he is and what he is doing. Feedback can always be offered but is not a sure fire way to produce results. You, me, and Gandhi? We need to be the change we want to see. As people following in the footsteps of Sid our primary concern is to work with our own ability to love and be loved. From that point of view others may be magnetized by what they see in us.

So let’s talk about what you can do in this situation. You can be try to be accommodating of his transition from player to boyfriend. You can let him know how you feel when he blows you off. But first and foremost you can look at those highs and lows.

There are four dignities in Shambhala Buddhism, one of which is the garuda. The garuda is an animal that can soar through the skies because it is untethered by clinging to a solid sense of “Me” and “What I need.” In other words, the garuda goes beyond hope and fear, beyond the highs and lows.

Just like everyone who has ever been in a relationship ever, I imagine you have come into the situation with an idea as to what you would like this other person to do for you and, perhaps to some extent, who you think they ought to be. When the other person says something you’ve been longing to hear you get excited. When he does not communicate as much as you would like you get disappointed.  Hope and fear. Sound familiar?

However, if you just saw this person for who they are without that level of projection then you might not find yourself falling into heavy emotional traps. Once again, this is something we ALL do. We all expect certain things of our partners and are saddened when that does not come to be. It is incredibly hard to practice the garuda’s discipline of not falling into solidified states of emotion. As Chogyam Trungpa Rinpoche would say, “Jolly good luck.”

Lest you think I would just leave you with advise without opinion I have to say this guy seems a little bogus. I’ve never heard a solid relationship built on one half of the couple saying he’s on some higher consciousness and that his partner can’t meet his level. I’ve also never heard of a good relationship where being tender-hearted was discouraged. So this seems very bogus. Being tender-hearted with another person is one of the most enjoyable aspects of being in a relationship. Totally totally bogus.

In fact, if we are not caught by our hope and fear that level of tenderness and intimacy is exactly the space when we see our lover for who they are. In that moment when we collapse beside one another on the bed (or couch, or kitchen counter, or what-have-you) there’s some sense of just being with that person. No solidified hope as to whether they will tell us they love us, no solidified fear as to whether they will get dressed and go. Just tenderness and openness.

When we hold our lovers in that moment without projection then we genuinely see them for who they are.

Nice work if you can get it. In this situation it seems like there is little room for that. The leopard is saying in a straight-forward way they are not interested in pursuing a relationship, only a friendship, regardless of how garuda-like you can be. You may need to swallow that pill and move on. Even Sid hit the point where he realized in order to grow as a human being he had to part ways with his wife. That relationship, with all the set rules and projections, was not what he needed at that time to experience spiritual growth. You may hit the same point in working with this guy.

Part of working with ourself is attempting to be accommodating of other human beings. At the same time we need to know our limits. Knowing our limits we can stretch ourselves and grow as a human being. But beyond stretching we can break. In the immortal words of the sage Ice Cube, “You better check yo self before you wreck yo self.“