Being that our weather has been rather wet and unpredictable as of late, I haven’t been able to partake in too many outdoor activities and have become a little obsessed with taking full advantage of a nice hour or two outside when it occurs. The other day I was inside working and as soon as the sun peaked through the clouds, I felt that I was missing out on summer…and I was annoyed. 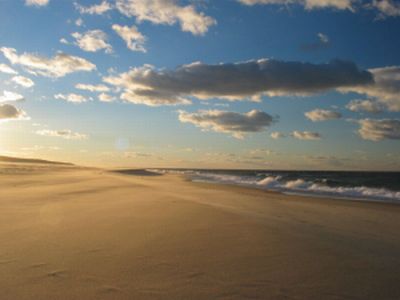 However, I was mindful enough to pause and think about that feeling- the old, “I wonder what I’m missing?” feeling. What is that about exactly? It’s like I’m in a hurry to get outside to relax…which isn’t really that relaxing. I had to tell myself that this wasn’t going to be the last nice day ever and to let it go. But it’s that idea that there’s something better than the present moment that can be so tricky. It’s a way to distract ourselves from being mindful of what’s actually going on, which in turn leads to feeling absent-minded and antsy.

On Saturday, as I was rushing around, I ended up getting locked in my room- the doorknob broke. It was nice out and I had places to go and it was as if the universe had handed me a giant time out. It was ridiculous and as I was waiting for the super, I finally just stopped, accepted the present predicament and ended up getting some work done- not the end of the world. So, while I feel like I’m catching myself in these moments more and more, it’s still a struggle. In addition to merely recognizing these instances, I’m also trying to think about what about the present moment I’m trying to avoid and why. It’s an interesting process, but one that will hopefully lead to a little more contentment and a little less of that frenzied fear of missing out.

What would Sid do? Leopards, garudas, and players oh my!
archives most recent
More from Beliefnet and our partners
previous posts