Lying, cheating and stealing were commonplace in the Atlanta Public Schools, according to an 800-page report – but the culprits weren’t children.

The report says 178 teachers, principals and administrators over a decade erased wrong answers on students’ state benchmark tests – used to determine whether teachers and schools are doing a good job in teaching core subjects such as reading, science and math.

Furthermore, they lied to cover up the widespread cheating. And they accepted bonuses and incentive payments for their “good job” – accepting money to which they were not entitled.

“Many of those cases could lead to criminal prosecutions,” Georgia Governor Nathan Deal told reporters Wednesday.

Eighty-two of the teachers flat-out confessed. The report said the cheating came to light when the state noticed an alarming number of erasure marks on the answer sheets.

Teachers and principals were erasing the wrong answers and filling in the right ones, the report said. At one school, the faculty even held weekend pizza parties to correct answers before turning them in. Over the course of a single year, scores at that school jumped 45 percent.

“We were told to get these scores by any means necessary,” said Sidnye Fells, a fourth grade teacher. “We were told our jobs were on the line.”

She told ABC News that teachers who refused to cheat were punished and pushed out. She was forced to leave the school in 2008. The school district said it is now firing all teachers and administrators implicated in the report. 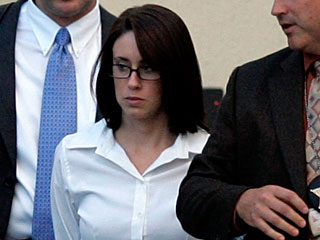 Casey Anthony could get $1 million to write book about "love, life and God"
archives most recent
More from Beliefnet and our partners
previous posts