Poland will vote whether to ban all abortions after a massive nationwide campaign that carefully avoided publicity abroad.

In particular, organizers sought to stay under the radar of heavily funded U.S. abortion advocates, fearing they would pour millions of dollars into fighting the Polish vote.

“After months of shielding the initiative from English media,” reports Patric B. Craine of LifeSiteNews.com, organizers of the campaign have gathered 600,000 voter signatures — six times the number needed. As a result, lawmakers “are preparing to vote this week on an historic bill that would enshrine total protection for children in the womb from the moment of conception.”

The organizers told Craine that they were worried that if the news broke in the English-speaking world, “pro-abortion foreign powers would have poured money into the country to oppose their popular efforts.”

To bring the abortion ban before Parliament under Poland’s political system, the sponsors needed to collect 100,000 signatures within three months. They got 600,000 in two weeks. The bill, which comes up for first reading in the Sejm, the Polish lower house of its parliament on Thursday, “is the result of a huge nation-wide grassroots initiative launched by Warsaw’s PRO Foundation and supported by the country’s bishops and a newly-formed pro-life parliamentary committee,” reported Craine.

“Abortion was first foisted on the deeply Catholic people of Poland after Hitler’s tanks stormed the country 70 years ago; but the demise of the Nazis was followed by decades of state-promoted abortion-on-demand under their Soviet successors,” writes Craine.

“This project is a chance to finally reject the heritage of Nazism and Communism which brought ‘legal abortion’ to Poland in the first place,” said Jacek Sapa of the PRO Foundation. “It was Hitler and Stalin who imposed it on Poles and it’s high time we clearly disassociate ourselves from those deadly ideologies.”

“The Church clearly teaches that it is the obligation of Catholics not to protect the current ‘compromise’ but to aim at complete protection of life,” said Cardinal Stanislaw Dziwisz, former personal assistant to the Polish-born late Pope John Paul II.

“This is a solution, which the Church calls for,” Dziwisz told Gosc Niedzielny, Poland’s largest opinion weekly. “I support all efforts aiming at improving the protection of human life.”

“Ever since the Communists were overthrown in 1989,” writes Craine, “Poland has labored to restore its cultural and religious heritage. As part of that project, in 1993 the country passed one of the most restrictive abortion laws in the West. Since then, abortions have fallen dramatically, with Ministry of Health data showing a drop from 82,000 abortions in 1989 to about 500 in 2008.

“However,” writes Craine, “the law and its exceptions are often abused by pro-abortion doctors. ‘Defect’ can be deemed to include something as minimal as cleft palate, and though abortions are only supposed to take place up to the point of viability, or about 24 weeks, in practice doctors can fudge the dates. Further, though pregnancies resulting from “illegal activity” would seem to refer to pregnancies that are the result of rape or incest, it can also be applied to teen pregnancies on the basis that the law forbids sex with a person under 15 years of age.”

Under the law, doctors caught performing illegal abortions face up to 3 years imprisonment, or up to 8 years in cases where the child was viable and would have survived outside the womb. The same penalties are applied to anyone who pressures a woman into abortion, or helps her obtain one.

The mother faces no penalties.

The bill will be debated in the Sejm at first reading on Thursday, with a vote to decide its fate on Thursday or Friday. If it gets 50 percent plus one vote, then it will move to committee for consideration, and then back to the Sejm for a second and then third vote.

It would then go to the Senate for a vote before Poland’s president signs it into law. 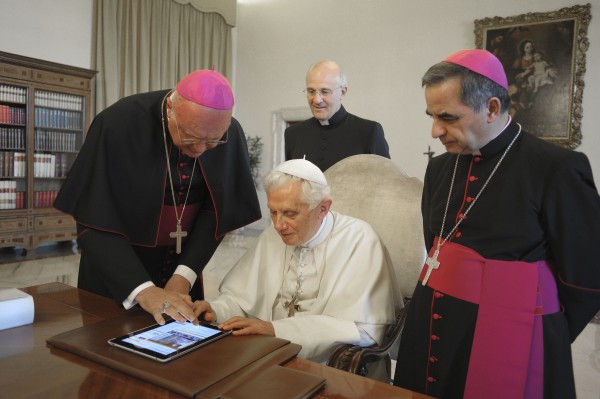