Miracle in the ruins of the Joplin tornado

Here’s a video with stunning audio that makes up for the lack of visuals — as you hear for yourself the tornado ripping through the Fastrip convenience store near Range Line Road. Then, the second video shows where it all happened.

Isaac Duncan says he heard reports that a tornado was literally around the corner. So he and a friend ran into the closest place they could find, the Fastrip store, according to CNN. This video taken inside the store’s freezer where he and about 20 people took shelter documents the terror they experienced as the tornado hit the store.

The twister killed at least 125 people — but at last 1,500 are missing and unaccounted for.

As you watch the first video here, listen to how calm the store’s customers are as they try to figure out what to do about the approaching storm. Then it hits. One woman cries out to Jesus over and over as the small walk-in cooler is apparently packed with 20 or so people crammed in on top of each other.

Then, watch this follow-up video — showing the devastated store and the intact walk-in where 20 people’s lives were spared. 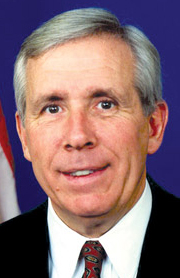