Should you wish to make a pilgrimage to Aenon near to Salim, the spot on the Jordan River where John 3:23 tells us that Jesus was baptized by His cousin, John the Baptist, you will be pleased to know that it has been cleared of landmines.

That not-so-reassuring announcement was made today by the Israeli government, according to the Religious News Service.

“It is a very sensitive place politically and religiously — and is of importance to both Christians and Jews,” said Lt. Col. Ofer Mey-tal, of Israeli’s Department of Civil Administration, which oversees the project.

Located in a closed military area on the West Bank near Jericho, the traditional site has been revered since the fourth or fifth century as the place where John the Baptist recognized Jesus as the Messiah.

Jewish tradition holds this also is where the ancient Israelites crossed into the Promised Land following their flight from Egypt.

However, there is no archeological evidence or other proof that this is the actual site in the Wilderness where John ate locusts and wild honey while proclaiming the message of repentance to the children of Israel.

In fact, the Israelis maintain the baptism took place on their side of the river while the Jordanians insist it occurred a few meters across the river on theirs.

So far, various Israeli government agencies have spent $2.9 million on the site, Mey-tal said, including an effort to remove land mines that were placed in the 1970s. Incidentally, a few land mines will remain behind clearly marked, barbed-wired fencing.

For centuries, pilgrims have been baptized or rebaptized at the site – following in the example of Jesus.

Additional funds, Mey-tal said, will finance shower facilities for such pilgrims. Also planned is a larger parking lot, more shaded areas and accessibility to the river for those with disabilities. 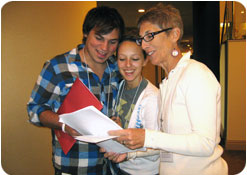