Does God know what you need?

“One night I had worked hard to help a mother in the labor ward; but in spite of all we could do, she died, leaving us with a tiny, premature baby and a crying two-year-old daughter,” recounts veteran African missionary Dr. Helen Roseveare. “We would have difficulty keeping the baby alive as we had no incubator. We had no electricity to run an incubator.”

It was the 1950s. Dr. Roseveare was serving in the Belgian Congo with World Evangelization for Christ. 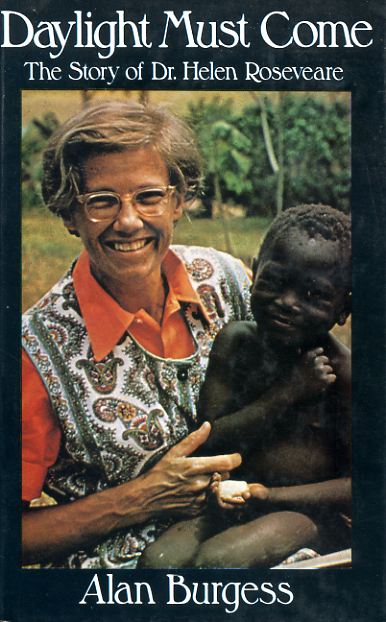 “We also had no special feeding facilities,” she recalls. “Although we lived on the equator, nights were often chilly with treacherous drafts. One student midwife went for the box we had for such babies and the cotton wool that the newborn would be wrapped in.

“Another went to stoke up the fire and fill a hot-water bottle. She came back shortly in distress to tell me that in filling the bottle, it had burst (rubber perishes easily in tropical climates).

“All right,” I said, “put the baby as near the fire as you safely can and sleep between the baby and the door to keep it free from drafts. Your job is to keep the baby warm.”

A native of Northern Ireland, Dr. Roseveare is the author of a number of books about her years of service, including Give Me This Mountain, He Gave Us a Valley, Living Sacrifice and Living Faith, in which this story is told — and which she confirms is true.

The following noon, she recounts, “as I did most days, I went to have prayers with any of the orphanage children who chose to gather with me. I gave the youngsters various suggestions of things to pray about and told them about the tiny baby. I explained our problem about keeping the newborn warm enough, mentioning the hot water bottle and that the baby could so easily die if it got chills.

“I also told them of the two-year-old sister crying because her mother had died.”

One ten-year-old girl, Ruth, “began to pray with the usual blunt conciseness of our African children,” recalls Dr. Roseveare. 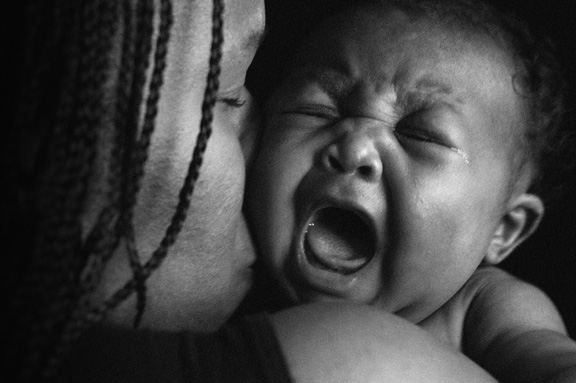 “Please, God,” she prayed, “send us a hot water bottle today. It’ll be no good tomorrow, God, as the baby will be dead, so please send it this afternoon.”

“While I gasped inwardly at the audacity of the prayer,” recalls Dr. Roseveare, the child added, “And while You are about it, would You please send a dolly for the little girl so she”ll know You really love her?”

“As often with children’s prayers, I was put on the spot. Could I honestly say ‘Amen?’

“I just did not believe that God would do this.

“Oh, yes, I know that He can do everything; the Bible says so. But there are limits, aren’t there? The only way God could answer this particular prayer would be by sending me a parcel from home. I had been in Africa for almost four years at that time and I had never, ever received a package from home.

“Anyway, if anyone did send me a parcel, who would put in a hot-water bottle? I lived on the equator!”

Halfway through the afternoon, while she was teaching in the nurses’  training school, a message came that there was a car at my front door. By the time I reached home, the car had gone, but there on the veranda was a large box.

“I felt tears pricking my eyes,” she recalls. “I could not open it alone, so I sent for the orphanage children. Together we pulled off the string, carefully undoing each knot. We folded the paper, taking care not to tear it” — since everything must be re-used and then re-used in rural Africa.

“Excitement was mounting,” she remembers. “Some 30 or 40 pairs of eyes were focused on the large cardboard box.”

From the top, she lifted out brightly-colored, knitted shirts. “Eyes sparkled as I gave them out. Then there were knitted bandages for our leprosy patients. The children looked a little bored.”

Then came a box of mixed raisins and dried seedless grapes — great for snacks. 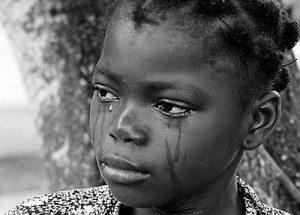 “Then, as I put my hand in again, I felt the — could it really be? I grasped it and pulled it out. Yes, a brand new, rubber hot-water bottle. I cried. I had not asked God to send it. I had not truly believed that He could.”

Little Ruth was in the front row of the children. She rushed forward, declaring, “If God has sent the bottle, He must have sent the dolly, too!”

Rummaging down to the bottom of the box, she pulled out a small, beautifully-dressed dolly. Her eyes shone! She had never doubted!

Looking up at me, she asked, “Can I go over with you and give this dolly to that little girl, so she”ll know that Jesus really loves her?”

That parcel had been on the way for five whole months, packed up by my former Sunday school class, whose leader had heard and obeyed God’s prompting to send a hot water bottle, even to the equator. And one of the girls had put in a dolly for an African child — five months before, in answer to the believing prayer of a ten-year-old to bring it “that afternoon.”

“Prayer is one of the best free gifts we receive. There is no cost, but a lot of rewards,” writes Dr. Roseveare. “Let’s continue praying for one another.”

Dr. Roseveare’s story was told in the 1980s bestselling Daylight Must Come, a horrifying account of her surviving the 1964 revolt that gained independence for the Congo with brutal loss of life and vengeance taken against foreigners. She and several nuns were taken prisoner by rebel forces and for five months endured repeated abuse and violent assault. She fled the Congo on her release, but returned in 1966 to assist in the rebuilding of the nation.

She offers this prayer — a suggestion for all of us.

“This awesome prayer takes less than a minute,” she notes. 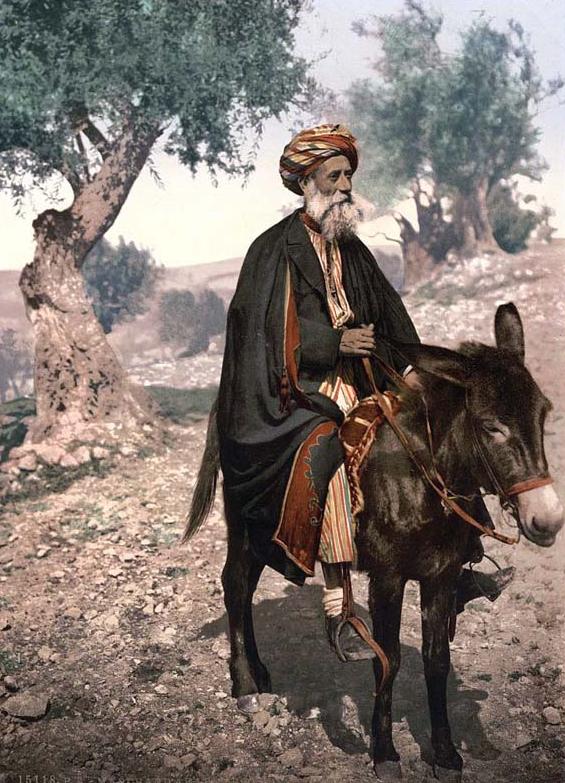