In case you’re getting ready to go stand on a hill to welcome Jesus’ return on May 21, 2011, perhaps you’ll want to consider what Christ said on that subject.

Harold Camping, an 89-year-old California radio preacher, says he’s certain Jesus is coming back on that date. He also says that unless you and I got saved at his church before 1988, we are among the Damned who will be sent straight to the Devil on Judgment Day.

I am not particularly worried. First, there is the small problem of Jesus’ own words in Mark 13:32 and Acts 1:7 in which He states in no uncertain terms that no one except the Father knows when Judgment Day will occur.

The two verses aren’t exactly open to interpretation: “But of that day and that hour knoweth no man, no, not the angels which are in heaven, neither the Son, but the Father” (Mark 13:32). “And he said unto them, It is not for you to know the times or the seasons, which the Father hath put in his own power” (Acts 1:7).

Camping owns 150 radio stations that make up the Family Radio network across America – and a TV station in New York City.

He says the “Church Age” ended in 1988 and that no one has received salvation since then, because Satan has taken over every church except his.

During the 1980s, Family Radio played traditional hymns with nationally syndicated shows such as “Back to the Bible,” its youth-oriented sister program “Teen Quest,” “Science, Scripture and Salvation” and “Unshackled” from the Pacific Garden Mission of Chicago. It also allowed local churches to air 5-minute devotionals and Bible studies free of charge.

Formerly a member of a local Christian Reformed Church, Camping was asked not to teach his views on the return of Christ. Rather than submit, he chose to leave the church and form the Alameda Reformed Bible Church, which is not affiliated with any denomination.

Now, he says God has revealed to him that our Lord is returning to take the church away to heaven on May 21, 2011. Then the Earth will be consumed by fire on October 21, 2011.

In his explanation of how he determined the dates, he focuses on the “hidden” meanings of words in the Bible. He sees numerical significance in such things as the number of swine drowned in the Sea of Galilee and the number of servants in Abraham’s house.

Camping has no theological training, but leads a faithful group of followers who are traveling across America in vans that proclaim the pending end of the world. They are energetically passing out tracts, completely convinced that the end is upon us. Why they are doing so is a puzzle, since the lost can no longer be saved, according to Camping. 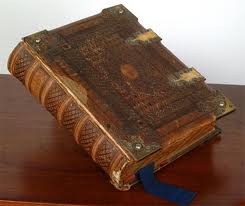 Was the 1611 King James Version actually first published in 1612?
archives most recent
More from Beliefnet and our partners
previous posts