The University of California at Davis has decided that Christians actually may not be oppressors who are undeserving of any rights. 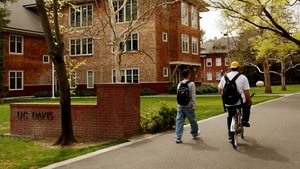 The university has backed away from a policy which in effect lumped followers of Jesus with Nazis, slaveowners and skinheads.

The definition had been listed in a university document called, “The Principles of Community.”

That official statement defined “Religious/Spiritual Discrimination” as “The loss of power and privilege to those who do not practice the dominant culture’s religion. In the United States, this is institutionalized oppressions toward those who are not Christian.”

“This is radical political correctness run amok,” said David French, an attorney for the Alliance Defense Fund, a law firm which defends Christian rights. The ADF wrote a letter on behalf of more than 25 UCD students who had objected to the policy and wanted it revised.

French pointed out the absurdity of Christians being labels as oppressors along with the implication that non-Christians are the only oppressed people on campus.

Raheem Reed, an associate executive vice chancellor at UCD, said he had received French’s letter and removed the definition from the university website.

“I certainly can see how a Christian student reading that definition might feel and that’s why it was immediately disabled and taken down,” Reed said. “This is not how we define religious discrimination.”

A UCD student said a complaint had been made to the university last November, but it nothing was done. A student, who asked not to be identified, said university officials asked her to reaffirm “The Principles of Community” last semester. She refused when she realized that Christians were not protected under the policy.

“To have a non-discrimination policy that excludes the Christian faith is a cause for action,” she said. “In higher academia, one would hope that a diversity of ideas and beliefs would be appreciated. But my experience has been that this has not always been the case. There is a real fear of academic bias against the Christian faith.”

Reed said he regrets that Christian students might feel intimidated. “We want everyone to feel safe, welcomed and supportive,” he said.

“Not only are we taking it down, but now we’re going to look at what kind of affirmative steps we can take to reassure those members of our campus community who may have felt somewhat threatened or intimidated by it.”

French said the students who complained have asked for anonymity since they are fearful of backlash if their identities became known.

“This is a symbol of the seeming impunity in which universities violate the law to establish a radical, secular-left agenda.”