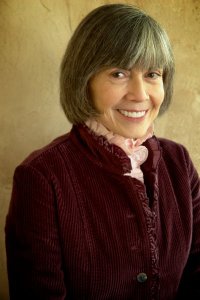 It’s been an interesting week at Anne Rice’s Facebook page. The bestselling novelist, whose conversion to Christianity was a pretty big deal a few year back, had become everyone’s favorite celebrity Christian. She was blurbing N.T. Wright books and sharing Scripture on Facebook. Yay! The queen of darkness is now one of us!

Until this week. Because now it seems she’s thinking twice about that very public conversion.

On Tuesday on Facebook, Anne posted a link to a Minnesota religious non-profit that seemed to be promoting the “morality” of executing homosexuals. Anne commented:

This shocking link was provided by a poster below. No wonder people despise us, Christians, and think we are an ignorant and violent lot. I don’t blame them. This kind of thing makes me weep. Maybe commitment to Christ means not being a Christian.

Then, on Wednesday, she dropped this bombshell:

For those who care, and I understand if you don’t: Today I quit being a Christian. I’m out. I remain committed to Christ as always but not to being “Christian” or to being part of Christianity. It’s simply impossible for me to “belong” to this quarrelsome, hostile, disputatious, and deservedly infamous group. For ten …years, I’ve tried. I’ve failed. I’m an outsider. My conscience will allow nothing else.

And a further explanation:

On Thursday, she clarified:

My
faith in Christ is central to my life. My conversion from a pessimistic
atheist lost in a world I didn’t understand, to an optimistic believer
in a universe created and sustained by a loving God is crucial to me.
But following Christ does not mean following His followers. Christ is
infinitely more important than Christianity and always will be, no matter what Christianity is, has been, or might become.

Some questions and comments:

1. Christians are always excited when a famous person joins our ranks, as if it legitimizes the faith. How will we react when a famous convert decides to take it back?

2. I completely sympathize with Anne’s refusal to be anti-gay, anti-feminist, anti-hate, etc. There are a lot of ugly peripherals that have gotten attached to certain types of Christianity in its 2,000 years of existence. Lots of these clearly go against the “love your neighbor” teachings of Christ — from the Crusades to racism to modern-day homophobia. This is bad stuff, but it isn’t new stuff. Christians have been “ignorant and violent” for centuries. I seriously doubt Anne was so naive that she wasn’t aware of this history at the time of her conversion. Whatever bothers her now was certainly around back in 2005. So what changed?

3. That said, there are a lot of Christian traditions that are steadfastly NOT anti-gay, anti-feminist. What Anne is railing against seems to be fundamentalist Christianity, or the conservatism of her Catholic Church. But there’s a long history of progressive Christianity on both the Catholic and evangelical sides of the tradition. Before she gives it up altogether to go it alone, Anne might want to visit an Episcopalian or Anglican church.

4. I’ve grown weary with the constant delineations (this week by Anne Rice and, well, all the time by less famous believers) that they can be Christ-followers without being a part of “Christianity.” Or I’ve heard it put this way: I’m not religious…but I’m a follower of Jesus. Look, if you follow the religious figure Jesus Christ, then you are aligning yourself, whether you like it or not, with his other followers. That makes you a Christian, and that makes you part of the Christian religious system. You’re not making a legitimate distinction by trying to separate the religion from your personal faith. You’re just using cute wordplay. And only Christians feel the need to make the distinction. People outside the faith don’t see it that way at all. To quote the kids from High School Musical, we’re all in this together.

Christianity is flawed, but one of the things it gets right is community. If you join our system, you join a community of messed-up people. You join people who are trying to follow Jesus but who fail in horrible, Christ-dishonoring ways. The individual “just me and Jesus” thing may be attractive — trust me, I get it — but even Jesus surrounded himself with a community of disciples…guys who made him cringe from time to time, too.

Does Anne have a legitimate point by distancing herself from Christianity but not Christ?

Can she now return to vampires and stop writing books about Jesus?

And less importantly, is that ruffly pink turtleneck thing about to eat her alive?

Adam Ellis: Hoping That It's True
archives most recent
More from Beliefnet and our partners
previous posts