When I decided to start this guest-blogger series — which I’m calling “Voices of Doubt” and which features friends of mine telling their own stories of doubt — I thought immediately about asking Adam Ellis to participate. Matthew Paul Turner introduced us last year, and what I like about Adam is that he’s honest and forthright about his questions even though he’s also a pastor.

As in: the guy who preaches on Sunday.

Despite a busy week (see below), Adam was kind enough to contribute this week’s guest post. In terms of bio, he comes from a background in youth ministry and currently pastors a church in South Carolina. He’s also a theologian and adjunct religion professor, which means he’s got credentials. More than I have, for sure. 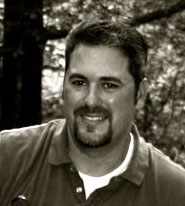 My friend Phil’s father died this week. His dad had been having a few
health problems; still, Phil is shocked. When he called to tell me the
news, I didn’t know what to say, so I just offered a few of the
sentiments that most of us say when friends lose people they love. Phil
was gracious toward my sputtering clichés of comfort.

I asked him if he had told his kids.

“Yeah,
I told them.” He went on to tell me that his nine-year-old daughter was
devastated, and that she’d been inconsolable since hearing the news.
When he told his 4-year old son, his face turned sad for a moment, but
then he asked his father if he could play Lego Star Wars on his Wii.

“I
guess in some ways,” I said, “it would be great to not fully understand
what’s happening.” And then I added, “Or at least it would be good to
believe all of the things we say about death without any of the cynicism.”

Phil
was quiet for a moment. “You know,” he said, “These are the times when
people like you and I hope that what we say really is true.”

For
me, Phil’s statement — an emotional mix of belief, doubt, questions,
uncertainly, and hope — define faith perfectly. I wouldn’t have thought
this five years ago. That’s because I was under the impression that
doubt, uncertainty, and questions were antagonists of faith, and not a
part of its definition.

I was never explicitly taught that, but it was very easily assumed.
I’ve been a follower of Jesus for most of my life. My father’s a
preacher and my mother is a social worker with a private Christian
organization. For more than ten years, I’ve worked as a minister to
youth and college students, and now I’m the preaching minister for a
church in South Carolina.

For a long time, it felt like I was almost
hard-wired for faith, which was a good thing, since I was one of those
people who believed that pastors and ministry folk weren’t supposed to
doubt. I was under the impression that it was my job to believe and
always be available to help other people believe.

But that was a fairytale.

As
you might imagine, I was shocked when I started wrestling with doubt.
And even more shocked that it didn’t go away. Questions began rolling in
like storm clouds. Oddly enough, it wasn’t my reading of some of the
better arguments against Christianity, faith and God by people like
Richard Dawkins and Christopher Hitchens that cracked my armor of
certainty. Neither was it problems stemming from new scientific
discoveries, or contradictions in the Biblical text that caused the walls
of faith to begin to crumble.

I’m not an “every-thing
must be interpreted literally” fundamentalist or a “everything must be
interpreted as meaning-filled myth that never actually happened”
liberal. I appreciate that there are different genres of literature in
the Bible, and have an appreciation for nuance and context. I don’t
need to book of Job (which is mostly written as Hebrew poetry) to be a
literal, historical event to believe that Jesus rose from the dead.

I
think the real problem is that I had a very wrong idea of what faith is
in the first place. Many of us speak as if “faith” is the opposite of
“doubt”;  a synonym for “certainty.” However, I am learning that faith
and doubt are like eternal dance partners, bound together in a dance
that is somehow made more graceful, more meaningful, and more beautiful
because it is these two who are dancing.

Faith is relational, and as
such, is related to words like trust, confidence, hope, and commitment. There can really be no faith in certainty, because no
trust is necessary.  Everyone has faith, to some degree or another, in
some-THING (or another). It’s a question of what you trust in; what you
hope for; what you have confidence in.

I’ve begun to believe that
certainty is an illusion that we are tempted to create for ourselves.
It’s a smokescreen whereby I get to label myself as “just being
objective,” and render anyone else who doesn’t agree with me as either
“the enemy,” or “too stupid to see what’s so obviously true.” It’s the
way that we justify worshiping the idol of our own understanding, and
feed our obsession with being “right.”

At the end of the day though,
it’s a self-defeating ploy that we use to avoid the risk involved in things
like trust, hope, love, commitment, and faith. I’m becoming more
comfortable admitting that to say I have “faith” is to admit to
uncertainty.

“I hope that what we say really is true.”

In fact, I’m
betting my life on it.

read next post
One of Those Horrible "Where Is God?" Stories
archives most recent
More from Beliefnet and our partners
previous posts