In the wake of my two Ted Haggard posts a couple of weeks ago, I’ve been hearing from a number of Colorado people with updates to the story. I don’t want this to become a Ted Haggard watchblog — those already exist, I’m sure — but I still think the discussion about appearances, grace, and pastoral accountability is one the Church should be having.

Why should we be having it? Because the same story is playing out, but Christians seem to be observing it from two very different perspectives.

Positive: Here’s blogger Darrell Creswell about a visit on June 20:

I decided to go visit Ted Haggard, and St. James this Sunday without
forming any preconceived opinions about it, and write about my
experience there honestly and openly…

…As the service was about to start, I watched Ted as he greeted people,
shaking their hands as they entered the barn for the service. He was
jovial and very warm, laughing and enjoying the fellowship with his new
congregation. There was also an excitement, almost with a twinge of
nervousness, like that of a teenager on prom night. He was very much at
ease seeming very comfortable in his own skin. I was taken in by the
humility that seemed to encompass his personality, a sincere humility
that seems genuine and can only come by God working in one’s life.

…Ted proclaimed St. James to be a church with a “No Stones Environment,”
in reference to our Lord’s words, “Let He Who is Without Sin
Cast the First Stone.” He went on to share that…we as believers should offer support and encouragement, rather than condemnation to those who struggle to overcome various
issues in their walk with Christ. The Body of Christ many times executes
judgment instead of encouragement for those in need he shared…It is wrong and in
contradiction to the Word of God to judge your brother, we are to uplift
and pray for our fellow believers and even non-believers alike that the
Spirit might work in their lives and Christ might be glorified. It is
our role to encourage, Pastor Haggard said, and God’s role to judge. He
went on to say that many times Christians use the scriptures to judge
and hate, when we should use the scriptures to encourage.

…All in all it was a great service, I left feeling I had been fed, both
by the message and by my interaction with the Body of Christ. In
finishing let me urge you to pray that the Lord will be glorified in all
that is done at St. James.

Negative: Contrast that review with one from a fellow Colorado blogger who goes by the handle “3Dsound”:

I was struck by how readily those in attendance went along with Ted.
They knew all the words to the songs (although my daughter told me the
songs are standards at the Fort Collins megachurch, which she’s attended
with her mother). They laughed at Ted’s jokes. They wrapped Ted in the
presence of followers. They gave Gayle a standing ovation. They
applauded Jesus, on cue.

When I turned around, I saw the principals from Long Pond Media were
signaling Ted on how to pace the service. My ex said they did so
throughout. They directed Ted, for example, on whom to invite to the
front to give a testimony.

…Given the congregation’s robotic enthusiasm for Ted and the directorial
role played by Long Pond Media, I felt like I was participating in the
filming of an infomercial, rather than attending church. There wasn’t
anything spiritual about the event – or even all that church-like. It
was programmed and calculated, and those in attendance went along with
it.

Fine. Ted invited a bunch of people to his house, so he could film an
infomercial promoting his “resurrection.” We knew (or should have known)
that that was his plan, when we read the notice posted at his front gate about Long Pond
filming the event.

It should be noted that these two bloggers attended different services. Creswell seems to have gone to a June 20 worship service. 3Dsound attended the June 6 “launch party.” But I’d be surprised if the two services were that different from each other.

If you have time, it’s worth reading both reviews in full.

So what do we make of this? Obviously, Ted Haggard remains a divisive figure, and the perspective of the reviewers plays a major role. Not knowing either of these bloggers, it seems that Creswell was predisposed to be more gracious to Ted and 3Dsound not so much. 3Dsound couldn’t get past the involvement of Haggard’s documentary team. Creswell seemed not to have noticed them much at all. One was inspired by the testimonies given. The other smelled media manipulation.

Beauty, of course, is in the eye of the beholder. What do you make of these two reviews? 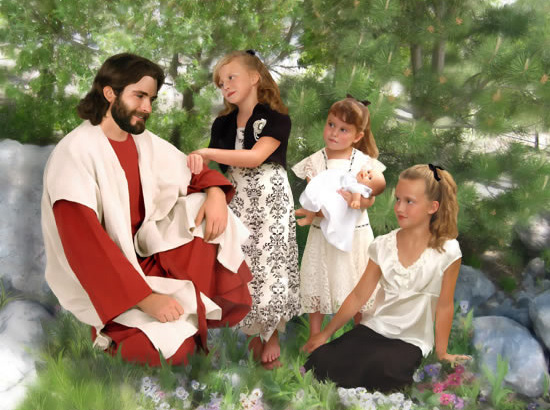