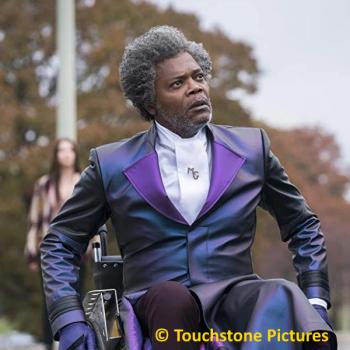 Saturn will enter Aquarius on March 21st this year, and will stay there until it retrogrades back into late Capricorn in July. Rather than risk the usual perils that come with a broad interpretation of Saturn entering a new Sign (“the International Space Station will crash, and Taurus and Scorpio people will be hit by the debris all over the world!”), I’m going to be discussing the effects of Saturn in Aquarius here, based on the major aspects it will be making. And this year, it’s making a doozy.

For most of the time Saturn is in Aquarius in 2020, it will be making a square aspect to Uranus in Taurus. You’ve got to admit, this sounds problematic. Certainly, for many, it will be. Structures and systems and the world’s sense of order (Saturn) are all likely to be challenged (Uranus). Also, this aspect will make it harder for anything new to solidify or hold together.

So: scary sounding? Sure. But there are a couple of reasons for hope, which I’ll be outlining now and next time.

If Saturn rules the skeleton, and Uranus is disorder and mutation, then we might want to think of Saturn square Uranus as a case of osteogenesis imperfecta. That’s a blanket term for a few different genetic disorders that result in a person having brittle bones. In some cases, it can mean that landing too hard on the toilet seat can break a pelvis. A good booming cough can crack a rib.

So how can any of this be good or hopeful? Let’s ask an expert on osteogenesis imperfecta: Elijah Price, a.k.a. Mr. Glass — the villain from Unbreakable and Glass.

From here on there will be spoilers for the film Unbreakable. If you haven’t seen it? Well, it’s been out for nearly 20 years now and it’s pretty good, so what kept you?

Unbreakable is the story of a seemingly ordinary guy named David Dunn, played by Bruce Willis. One day he’s on a commuter train which crashes, and of the 132 people on board, he is the only survivor. In fact, he walks away completely uninjured.

At the memorial service for the passengers, a note is left on his windshield inviting him to a private meeting with Elijah, the owner of an exclusive gallery of comic book art. Elijah has osteogenesis imperfecta. Growing up reading comic books, Elijah developed his own personal theory about superheroes in the real world. If someone like Elijah Price can exist who is so fragile, in order to maintain balance in the universe, there must be someone more like a superhero. Someone… unbreakable.

Elijah thinks that David is that man. Although David is dismissive of this at first, he admits that he’s never been sick, never missed a day of work, never had a toothache, never broken a bone, and so on. So, with Elijah’s encouragement, David learns to use his other ability: a psychic sense for knowing when someone is about to do something harmful. This newfound ability, combined with David’s physical abilities, give the city of Philadelphia their very own mysterious superhero.

But here’s the twist (and since it’s a M. Night Shyamalan movie, you knew there would be a twist): Elijah has been looking for his theoretical superhero for years, and became convinced David was that hero. So, to test his theory? Elijah caused the train wreck that killed 131 other people.

So what does this all have to do with finding the good in Saturn square Uranus? Think of it this way: if we are about to enter a time of unusual stress, strains, and threats? Maybe it’s possible the heroes will arise to deal with it. Maybe one of those heroes is you. In traditional comic book writing, it’s always assumed that the arrival of a new superhero leads to the appearance of new supervillains. But what if sometimes, in real life, the reverse is actually true?

You might think you’re falling apart in the next few months. To you I say: no. Maybe this is just the time for you to start wearing your cape.

NEXT TIME: The world comes to a crashing and terrifying end, just like it did the last time Saturn was square Uranus. Oh wait, maybe it didn’t…