The Hidden Astrology Secret About Alex Jones THEY Don’t Want You To Know!!

First, a couple of definitions:

…or wait, is that the other way around?

Anyway, it has been reported lately in the MSM that Brave Truth Teller Alex Jones (of InfoWars fame), the man who brought you the bellicose, red-faced truths of Pizzagate (and later, a retraction) and Picklegate (retraction unlikely) is a performance artist. This was revealed by Jones’ defense counsel in the custody case being fought between Jones and his ex-wife.

For those of you unfamiliar with his work, Alex Jones was the first bold patriot to report that President Obama was going to use the Sandy Hook School shooting (which was an elaborate hoax perpetrated by the government, using phony “crisis actors,” special effects, and possibly holograms) as an excuse to invoke Agenda 21, which led to UN troops occupying the United States, taking all civilian firearms away, and placing large portions of the population into concentration camps run by the Federal Emergency Management Agency (FEMA). You remember when that happened, right?

Admittedly, the opening rounds of a custody case aren’t where everyone always tells the absolute truth. Some (or all) of the accusations from his ex-wife may very well prove to be false. So, let’s look at the astrology…

Alex Jones (born February 11 1974, time unknown, Dallas Texas) is currently experiencing his Neptune Square, as is everyone born around 1972-1976. This is often a time when you discover that you’ve been inherently deluded about something in your life, and often that delusion was created by yourself. Neptune (like all planets) rules a lot of things, but in this case we’re talking about its role in glamor and fame and delusion… which, if you think about it, are three sides of the same coin (This is Neptune we’re talking about so sure, a coin can have three sides, why not?). Complicating this further is the Mercury-Neptune square in Alex’s birth chart: transiting Neptune is also opposite his Mercury now.

Any Mercury-Neptune aspect can add a certain glamor to how one communicates, but it isn’t known for having a solid grasp on facts. Now of course, if you want to take the more charitable view of Jones, you could probably make the argument that there’s illusion going on here all right — but it’s in the form of the complaints his ex wife is making against him in court. The gist of her argument as to why she should have custody is that the angry, threatening, unhinged Alex Jones one sees on InfoWars is an angry, threatening, and unhinged man in real life as well.

So to summarize: either Alex Jones is a heartfelt patriot whose zeal sometimes causes him to shout and swear and pound his desk in outrage at the hidden truths that only he dares to expose, or the persona I just described is an act that peddles nonsense for entertainment purposes. In other words, Alex Jones is either telling the truth, or maybe it’s an act that’s being used to sell The Truth in a more entertaining manner, but he’s totally different when he isn’t doing his act. Or, I don’t know, maybe the whole thing is a False Flag operation created by the Deep State to discredit Truth Telling, and perhaps mind control, Satanism, secret ritual child abuse, and/or chemtrails are involved somehow.

Were you the least bit frightened, confused, or amused by the preceding incoherent, rambling paragraph? In a frightening and confusing world, a guy could really find a niche to work, selling people easy answers to complicated matters, couldn’t he? There’s real safety and comfort in assuming that everything bad that happens is either fake or part of a huge conspiracy, and you are one of the enlightened but oppressed minority that really gets it.

I don’t know. Beats me, man. We’re talking about Neptune after all. Maybe I should just wait until I receive my orders from the Illuminati before I announce my opinion in public, because the Reptoids aren’t returning my calls on the matter. 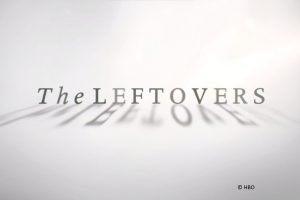 HBO's The Leftovers, And Hard Saturn Transits
archives most recent
More from Beliefnet and our partners
previous posts