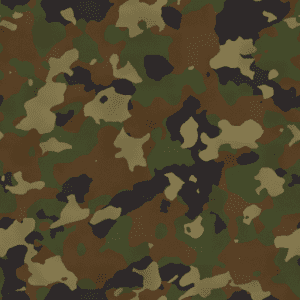 There are a lot of people writing about the current controversy involving Phil Robertson’s suspension from his A&E reality series, Duck Dynasty, who are starting out with some variation of “I haven’t watched the show, but…” In order to be truly radical and different, I decided to watch it before writing about it.

For the record: I was amused, but feel no strong compulsion to watch it again.

Since the current situation with Phil involves a whole lot of projection, assumption, and anger, let me start with the most objective and observable points, and then you can either move on with your day or stay tuned for the editorializing on my part.

Phil Robertson (born April 26 1946, time unknown, Vivian Louisiana) is the inventor of The Duck Commander duck call and the founder of the Duck Commander Company, which is now a multi-million dollar operation selling hunting supplies. He and his family are the focus of the A&E series “Duck Dynasty” which premiered in 2012 and has proven to be a hit in the ratings.

For those of you who haven’t seen it, Duck Dynasty follows the exploits of the Robertson family, who live in the not-quite-urban-metropolis of West Monroe, Louisiana. Phil loves hunting and fishing. Phil loves his family. Phil loves Jesus. Phil also has made some fairly controversial comments lately about homosexuality and black people. This has gotten him into some professional difficulties lately, and A&E has decided to continue shooting the highly popular show around him, as if he didn’t exist.

Phil is currently experiencing his Jupiter Square. He was born with Jupiter retrograde at 21 degrees Libra, and currently Jupiter is retrograde (and strong, being in the Sign of its exaltation) at 18 degrees Cancer. Even without knowing the house rulerships in his chart (because we don’t know his time of birth), we can still make some general statements about his present and future. Jupiter is the general ruler of financial well-being and fame and/or popularity and the Jupiter Square is a time when those things tend to get stressed and/or challenged. Transiting Jupiter is also conjunct Phil’s Saturn. That is often a time when one’s philosophy of life is challenged. It can also indicate a change in career, and sometimes that change isn’t a matter of choice.

All else being equal, we can look at those parts of Phil’s life and predict that there will be difficulties that way for the next few months, and that they will peak again in May or June 2014 as Jupiter goes direct and the makes another square to its placement in his natal chart. Whatever happens with his career or public or private life, the worst of this particular cycle will be over at that point and he should be able to get on with things. One thing seems to be sure: since he was a millionaire before he was on TV, he is unlikely to (figuratively) starve. Also, he’s a hunter, so he’s unlikely to literally starve either.

An astrologer deals with a lot of different people from a lot of different backgrounds, and should always be conscious of that. Of course, the same is also true of anyone who interacts with a wide range of people. One of the tenets of being “open-minded” is that we shouldn’t particularly hold it against the plumber what religion he is, or begrudge the person at Customer Service that she voted differently than you. But (at the risk of generalizing about the philosophical world-view of people who live in the swamp, go duck hunting, and wear camouflage most of the time) there seems to be a lot of outrage at a person on TV who espouses the values that a lot of people might normally expect to hear from a white Christian male in his mid-60s who lives in Ouachita Parish, Louisiana. In fact, if you look at the actual quotes in context that got Phil in trouble, they aren’t so much “hateful” as they are “really misinformed.”

For one thing, this points out the nature of “reality shows.” If Phil Robertson and his family were fictional characters, we wouldn’t be the least surprised at what he’s said about gay people or black people… it would merely be characterization. We’ve all been in a family or a group where someone does something embarrassing, and we all act for a while like that person doesn’t exist… but that person doesn’t actually physically vanish. And whether you or I or anyone else likes it or not, Phil Robertson is apparently a real person who has real opinions based on his religion, his worldview, and his experiences (or lack thereof) with one type of person or another.  If you disagree with his statements about gay and black people, it’s easy to dismiss him as an idiot — which ignores the fact that he has earned a Master’s Degree in Education and founded a very successful business. If you agree with his statements, it’s easy to blame the moral backwardness of Show Business for his suspension — which ignores the fact that it was “Show Business” that got him on TV in the first place.

Also: let’s not pretend that this is any sort of “freedom of speech” issue. A&E is a TV network, not The Government. They didn’t lock Phil up for what he said: they decided to exclude him from the show for an indefinite period of time. You or I may not like the show or like what he sad or believe in same-sex marriage or duck hunting or whatever, but A&E is free to air or not air who or whatever they like, Phil is free to market his image elsewhere, and if you want to express your outrage on either side of this issue, go right ahead. The Internet is fueled in large part by outrage, and that seems to work just fine for most people.

Phil Robertson will probably be back on TV in some form, and probably before the end of this particular Jupiter Transit. And no matter what, he’s a real person who will continue to go on being a real person.

That’s one of the nice things about astrology: Jupiter doesn’t care about your religion, and Saturn pays no heed to your personal opinions. They just go on doing their jobs and treating you as well… or as badly… as they do everyone else.

What is freedom of expression? Without the freedom to offend, it ceases to exist.
-Salman Rushdie

UPDATE: Sure enough, Phil will apparently be back on the air in January. Also: it turns out that Phil is a bit more anti-gay than at first we knew. Go ahead: feel free to act shocked.

Uranus, Pluto, And The Re-Paving Of Kim Kardashian
archives most recent
More from Beliefnet and our partners
previous posts

Astrology And The Strange Death Of Orson Bean

(Wondering what the next few months hold in store for you? Write me with your date, time, and place of birth — and send you a free sneak preview!) Like many of you, I woke up this Saturday and saw in my news feed that actor and comedian Orson Bean had died at the age […]