Mars In Libra: I’m Not Your Baggage Handler 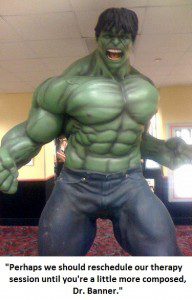 (This article was initially written to address both those who were born with Mars in Libra and the conditions people in general will be experiencing when Mars will take a ridiculously long cruise through that Sign, between December 7th of this year and July 25th, 2014. However, this article also applies to those who have Mars in the 7th House, or any of the “relationship Houses” like the 5th or 8th or 11th or — well, okay, this article applies to everyone with a Mars, who at any point has had or will have any interaction with any other humans whatsoever. Yes, I’m looking at you when I say that.)

The whole point to an astrological forecast is to be aware of future circumstances and plan for them. There’s a tendency among astrology writers to release forecasts for, say, December right at the tail end of November — which is natural of course — but sometimes that approach misses the opportunity to plan ahead sufficiently. Over the next nine months, Mars will be making an epic-length trip through Libra, and it is perhaps best that we prepare for it the same way one prepares for winter if one lives in Alaska: don’t count on any sudden warm spells to make things easier for you.

Mars rules aggression. Libra is the Sign of “balance.” Mars and Libra get along together about as well as North and South Korea: one side insists the other side is dangerously crazy, and the other simply wants to make everything better through “re-unification”… sometimes at any cost. When you consider the two (Mars and Libra, that is, not the Koreas — that’s a longer-term troubled relationship) will be paired up for the better part of a year, the results could be kind of like a sitcom where two wildly different people are forced to live or work together, except that sitcoms rarely feature explosive outbursts of violent rage or arson. Kramer was a recurring nuisance on Seinfeld, but he never actually killed anyone.

Pretty much all the aggravation one experiences in life comes from one of two sources: oneself, and everyone else. Determining how much of that is really due to The Other Guy is one of life’s big challenges, and is one of the questions Libra and the 7th House of the birth chart asks of us. The next ten months are likely to provoke major challenges for most of us in our relationships, and answers will be demanded of us.

Just as being in a relationship means building common experiences, it can mean an exchange of baggage. Often — particularly when we’re trying to understand the other person’s actions and motivations — we can get confused about whose baggage belongs to whom. These things don’t come with name tags, after all. And sometimes when there is a conflict, we see negative qualities in the other person that are, in fact, our own.

This, of course, is what psychologists and relationship experts (and people who read a lot of advice books and columns from such people) call “projection.” It’s the mature, intelligent, grown-up equivalent of “this is going to hurt me more than it hurts you,” or the popular childhood bully sport where the bully grabs your wrists and makes you slap yourself while saying “Quit hitting yourself!” Doing that sort of thing to your partner will get you arrested and/or publicly shamed, but rephrasing your hostility as “projection” might get you a spot on a daytime talk show, handing out wise advice to abusers while audience members generate applause for themselves by asking such insightful questions as “But what about the children?” or by quoting Shakespeare (I think), who said “Girlfriend, you need a hero, not a zero!”

So, to summarize: if you want to avoid blow-ups with your loved ones, friends, acquantances, or complete strangers while Mars is in Libra (or if you have that in your birth chart), it will be wise of you to pause and consider what it is that you yourself bring to the table, both in terms of emotional strengths and your baggage. You should also consider what positive values the other person possesses, and how their own issues may be a source of unintended conflict. Once you have wisely assessed the situation, proceed in a thoughtful and mature manner to go hide in a bunker somewhere until the last week of July, when Mars enters Scorpio and everyone becomes a lot more reasonable.

Hopefully. Or, yeah, whatever, maybe not. Quit hitting yourself! 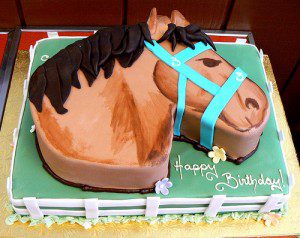