Doctor Who: The Astrology Of A TV Show

“I’m a Sagittarius — probably.”
-The Doctor 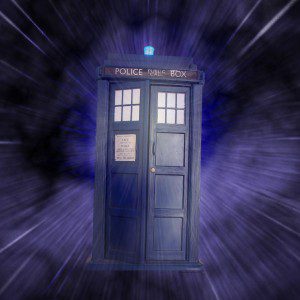 A birth is always an exciting thing, even though it’s rare that anyone present knows if the baby arriving will be a saint or a sinner, or a captain of industry or an astrologer. Business ventures and personal projects and even TV shows have a birth chart too — and those birth charts reflect the future failure or success of the venture at hand with surprising accuracy. It can be argued that the “birth chart” of a business is even easier to interpret than that of a person, because a business doesn’t have “free will,” and can’t decide to hide its temper or focus its efforts on changing itself. In astrology, we call the art of finding the right time to start a new venture “electional astrology,” and this weekend the world will be seeing a very special manifestation of a particularly durable birth Entertainment Industry birth chart.

Saturday, the BBC TV television program Doctor Who celebrates its 50th anniversary with the kind of worldwide exposure and hoopla its creators could have hardly imagined when they first started their modestly-budgeted show back in 1962.  What began as a largely  unheralded science fiction/adventure program targeted at a family audience is marking its 50th year with worldwide simulcast on television and in theaters across the world, and with fans everywhere breathlessly awaiting “The Day Of The Doctor.”

The Doctor may be a fictional character, but the television program has a birth chart. Doctor Who was “born” on November 23, 1963 at 7:16:20 PM (if only all humans had such accurate times of birth!), and the chart is cast for London, England — where BBC headquarters was (and still is). The show has always been known for adventure in exotic or fantastic settings (Sun and Mercury in Sagittarius, Venus and Mars conjunct there as well), and for taking delight in using science fiction ideas and settings to frighten small children of all ages for entertainment purposes (Moon and Saturn conjunct in Aquarius in the 8th House). Neptune in Scorpio in the Fifth House rules the Midheaven… and  if that isn’t a recipe for “strange but intense adventures,” I’m not sure what is.

Like any person, project, or business, Doctor Who has had it ups and downs. It became a fixture of British television throughout the ’60s and ’70s, becoming a part of the popular imagination — even people who never watched the show could identify the angry shriek of The Doctor’s arch-enemy The Daleks. The Doctor himself has changed his style and his appearance on occasion: he’s an alien who doesn’t die but “regenerates” into a new form and personality whenever the actor playing him leaves the show. And for a generation, viewers joined The Doctor and his various human companions as they traveled through time and space, invariably encountering terrifying, monstrous creatures and ultimately triumphing over them using brains rather than brawn.

Any project will have it ups and downs, and so has Doctor Who. Ratings declined throughout the 1980s, after reaching a peak in the mid-1970s. What many believed was the last episode aired December 6th, 1989. At that time, the chart for the show was having a classic “mid-life crisis”: Pluto was conjunct the natal Midheaven ruler Neptune and square the natal Saturn. In human terms, the show’s dreams were being crushed by unchangeable outside forces, business was bad, and it was up against limitations beyond its control.

Despite that, Doctor Who proved to be as resilient as its lead characters when it came to life and death. Just as The Doctor himself will occasionally “die” and come back as a new actor, the show arose in May 1996 as a made for TV movie, co-produced with the Fox Network. Although the movie did not lead immediately to the return of the series as hoped, at the time the movie first aired Pluto was conjunct the original show’s Sun, and the transiting Sun and Mercury were sextile the Midheaven: an indication that the concept could regenerate and find new life.

It was a good enough start that the idea of Doctor Who returning to television never went completely away afterwards. In true show business style, it took until 2005 for the revamped series to air, but when it did even its producers were surprised by its success. The new series premiered on March 26, 2005, with Sun, Mercury, and the North Node (an indicator of “karma” or “destiny”) all in the 10th House of business, ruled by Mars in the 7th House (partnerships)… and sure enough “partnerships” have been the key to the show’s new-found success, as it has become the BBC’s hottest international property and it most downloaded show on iTunes. Also noteworthy was the position of Saturn when the show returned, on the original show’s natal Ascendant and exactly trine the Midheaven. The program continues to grow in popularity and has become a steady and reliable source of income for the BBC.

Finally, a personal note. Doctor Who is my favorite television show, and the compatibility between my birth chart and the chart for the show’s first broadcast are pretty striking… its Ascendant and Midheaven are within a degree of mine, its Sun is conjunct my Mercury, and its Venus-Mars conjunction is on my Sun. In light of this, I hope I can be forgiven any gushing on my part.  Also, Doctor… if you’re out there… apparently we’d be pretty compatible, so if you ever need a new traveling companion, drop by and see me…

The Astrology Of Mars: George Zimmerman Has A Temper
archives most recent
More from Beliefnet and our partners
previous posts