Uranus And Pluto: Astrology In The Age Of Grumpy Cat

Astrology doesn’t just guide and inform the lives of individuals. It also (via the Outer Planets) sways the course of an entire generation.

If you’re old enough to recall the 1960s, you’ll recall a time when the entire world seemed to fall under a spell where everyone suddenly started expressing a strange urge called “individuality.” This outbreak came with distinct symptoms, which usually fell into one of two sets: either you strongly believed in things called “peace” and “love,” where paranoia, intolerance, and poverty could be overcome by the performance of simple rituals like holding hands with people and singing along to a soft drink commercial about “teaching the world to sing.” Inhaling a particular controlled substance was believed to be the cure to most of life’s problems, and racism, intolerance, and runaway military spending would soon be problems of the past.

There was a second set of symptoms some folks experienced at the time: one where the prevailing belief was that a group of strange invaders called “hippies” would weaken the world’s moral fiber to the point where society would collapse, families would be destroyed, and everyone would ultimately succumb to a plague called “communism.”

Either way, there were a lot of strange world-views going around.

It turns out that neither scenario won the day, and the world came out of it still relentlessly human, if a bit hung over.

Astrologically, that outbreak can be traced to the conjunction between Uranus (the planet of eccentricity and rebellion) and Pluto (which is the planet that stares back at you when you stare into the abyss of what frightens you most). Those two planets were conjunct… hanging out together in the same place in the sky… in the mid-sixties. That influence affected all those who were born then, and all those who lived through it.

We now face a similar yet quite different phase in our evolution as individuals and as a society. Whereas Uranus and Pluto were conjunct in the mid-sixties, they are now square each other…separated by a 90 degree angle. That’s a tense condition for two planets to be in, and things certainly seem more tense than they were in the 1960s.

This time around, there don’t appear to be many hippies… although for a while the Occupy Movement caught everyone’s attention. We may not see campus shootings of protestors or warfare in Vietnam more motivated by domestic politics than actual necessity… but Predator drones manage to successfully (we think) take out our enemies (we think) with a minimum of innocents being killed (we hope), all without the need for the inconvenience of an investigation or a trial or a vote. And in much of the world, revolution has happened, or is happening, or is threatening to happen.

We may not all be holding hands and singing for peace, but we’ve found ways to spend more time in our own form of private bliss. It used to be that if you wanted to find someone who shared your very distinct worldview — that Queen Elizabeth was a reptilian invader using her weather control machine to rule the world through drugs in the water supply or whatever — you’d have to search long and hard to find someone who saw it your way. But now, you can sit at your desk and network with others who think the same thing all day long! And oh look — here’s Grumpy Cat to keep us amused! Thank you, Internet! It’s never been easier to find a world-view and comfortably vanish down the rabbit-hole of your choice!

Our current portion of the Uranus-Pluto cycle began in 2012 and carries on until 2015, and reaches another peak this November. Just like in the 1960s, the world is being stressed and strained and forced to adapt or die. Individual freedom and the fear of change are once more butting heads, and our individual pressures (or the urge to escape them) are building again.

Just remember the lesson that Uranus and Pluto teach us: eventually, The Crazy will pass and we’ll all settle into a new equilibrium, ready to grow and learn based on what we’ve learned (or haven’t learned) from the previous cycle. All these larger cycles have a personal effect, as you may have noticed yourself since 2012. Understanding the specifics of how these Outer Planet transits affect you personally can go along way towards making the transitions you and your world are facing easier and more bearable.

…And when in doubt, there’s always Grumpy Cat, right?

Besides, if you think things are nuts now, just wait until the 2040s, when Uranus and Pluto are opposed to each other… 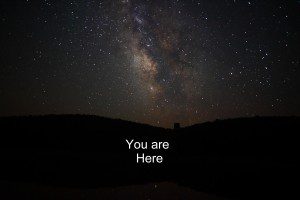 Welcome To The Universe! How May I Help You?
archives most recent
More from Beliefnet and our partners
previous posts