Stop Waiting For God to Tell You Something Different

One of the most hopeful verses in the entire Old Testament is Jonah 3:1, when God speaks again to Jonah after Jonah had been swallowed by a whale for his disobedience:

The word of the Lord came to Jonah a second time. Doesn’t that fill you with hope? If Jonah could get a second chance, so can you. But there’s a catch:

Stop waiting for God to tell you something different.

And that’s important for us to remember today. Many times we’re on the sidelines, not because God put us there but because we put ourselves there by refusing to do what He’s asked us to do. Some of us have this mistaken notion that if we don’t like something God has asked us to do, if we just wait long enough God will change His mind and ask us to do something more agreeable to us. God doesn’t work that way.

It’s God’s world, we’re just living in it. If you would say, “God hasn’t spoken to me in years. I haven’t heard His voice for decades,” I would tell you: go back to the last thing God told you to do and do it. God is always waiting for us at the point of our obedience to what He’s already told us to do. If God’s clearly told you something to do but you don’t like it and you’re waiting until God tells you something different, just a heads up, you might be waiting around awhile. Stop waiting for God to tell you something different. 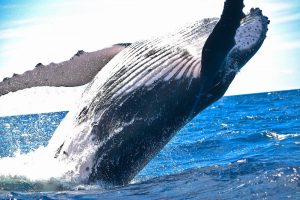 If You're in the Belly of the Whale, Make the Most of It
archives most recent
More from Beliefnet and our partners
previous posts