Jesus Isn’t Finished With You Yet!

Fail forward and keep pressing on

At the end of Jesus’ life, Peter had failed miserably. In Jesus’ moment of need, after Peter publicly declared that he would never abandon him (John 13:37-38), Peter did exactly that, denying Jesus three times (John 18:15-27).   Peter, like many of us when we fail, knew immediately the depths to which he had failed and was filled with regret (Matthew 26:75). Peter failed, like all of us fail. But that’s not the end of his story. After Jesus’ resurrection, he makes it a point to reinstate Peter.

When they had finished eating, Jesus said to Simon Peter, “Simon son of John, do you love me more than these?”

Again Jesus said, “Simon son of John, do you love me?”

He answered, “Yes, Lord, you know that I love you.”

The third time he said to him, “Simon son of John, do you love me?”

Peter was hurt because Jesus asked him the third time, “Do you love me?” He said, “Lord, you know all things; you know that I love you.” 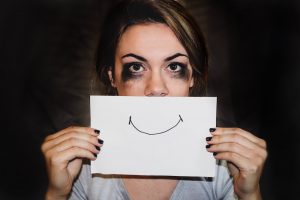 What Do I Do When I Mess Up?
archives most recent
More from Beliefnet and our partners
previous posts